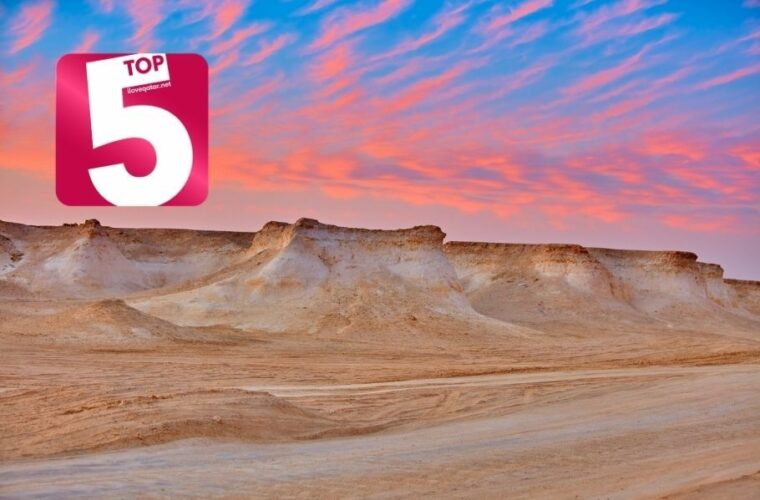 Can't travel overseas? Getaway without having to go away by exploring more of Qatar. Need to escape and unwind? Schedule these trips for an easy weekend getaway from Doha! In this week's Top 5, we're starting off with Qatar's western side. Here are the top 5 destinations you can check out!

Zekreet is home to the mushroom-like rock formations of Ras Abrouq which are a sight to behold. These limestone rock formations shaped by the strong winds are what make the desert landscape unique. It's not only a popular destination during the day time but also at night especially astrophotography enthusiasts and those who want to stargaze.

Drive further into the area and you'll come across the towering public art installation by Richard Serra. The popular "East-West/West-East" has been vandalized and that's why Qatar Museums is calling on everyone to make sure that public art can be enjoyed by future generations. The sculpture is comprised of four steel plates spanning over a kilometer.

Likened to a ghost town, Film City located further is also worth a stop. The uninhabited site is a recreation of a traditional village although the real reason why it was built remains unclear. Some say it was a Hollywood movie set, some say it was for an Arabic movie, and others claim it was used for a FIFA World Cup 2022 Qatar promotional video.

Note: Reports from our followers who have recently visited Film City said that Film City is currently closed at the moment.

Zekreet Fort (Heritage Area 689) is located close to Dukhan on the west coast of Qatar which was built in the 18th or early 19th century. The fort has an exceptionally particular design that permits seeing the two distinct periods of development. Initially, the fort was built as a simple square without towers in each corner. However, during the reconstruction phase, towers were added at the external four corners of the fort.

Dukhan Beach is popular among residents and citizens alike because of its soft sand and clear waters. Aside from swimming, families also like to watch the sunset and barbecue at this beach Just make sure to bring provisions and dispose of your trash properly. Dukhan Beach can be reached by a normal car.

Most of the places in Zekreet need a 4x4 vehicle to get around. If you don't have your own vehicle, you can book for tours through these tour agencies: Doha Bus, 365 Adventures, Inbound Tours, and Qatar International Tours.

How many of these places have you already been to? How was your experience? Did you take a tour or did a road trip? Share with us your experience in the comments section! If you found this useful, don't forget to hit LIKE and SHARE! 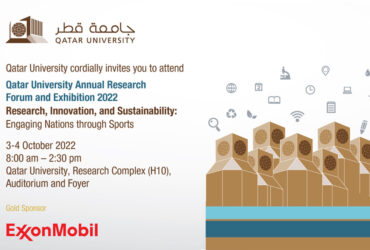