The historic forts of Qatar 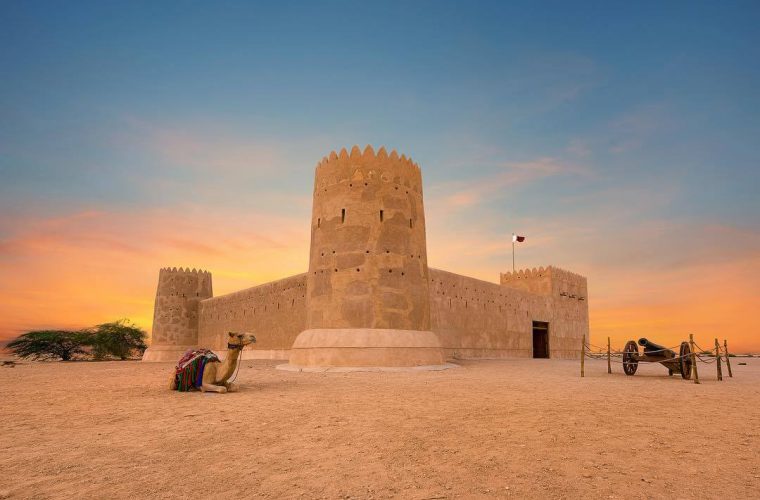 Qatar may be small in size, but the country's rich history and heritage, coupled with a diverse range of natural wonders, makes it a wonderful destination for tourists. From exploring the life thriving within our natural reefs, through to sailing over the sand dunes, Qatar has some of the most beautiful historical forts!

Read on for our selection of the most interesting ones.

Al Koot Fort popularly known as Doha Fort is undoubtedly the most well known in Qatar and a perfect showcase of the rich architecture of our country. Situated in the heart of Doha in the middle of the famous Souq Waqif, the fortress is white and square-shaped, having one rectangular and three cylindrical towers boasting traditional battlements at each corner. The structure was originally built by Sheikh Abdulla bin Qassim Al Thani in 1880 and used as a police station and jail to protect the Souq Waqif from thieves. In 1927, after the fort was abandoned by the Ottomans Qassim Al Thani rebuilt it, turning it into a museum for tourists. Visitors can witness traditional Qatari handicrafts there, including glasswork, oil painting, ceramics, gypsum ornaments and many others.

The word Thaqab has an intriguing meaning which refers to ‘the water in the bottom of the valley after the rain’. To the west of the Al Thaqab Fort, there is a deep well. Villagers used to get their water from this well which is a very precious commodity in the desert. So it is believed that the fort was built to guard that well and provide shelter in case of attack.

Al Thaqab Fort is located 12 km south of Al Ruwais in the municipality of Madinat ash Shamal in Qatar. It is unsure that when exactly the fort was built. According to some sources, it was built in the 17th/18th century, however, most agree it dates back to the 19th century.

Al Wajbah Fort is one of the oldest forts in Qatar, built in the year 1882. The fort is located in new Al Rayyan and is situated about 15 kilometres west of Doha. Al Wajbah played a significant role when the army of Sheikh Jassim bin Mohammed Al Thani defeated the Ottoman forces in 1893. Historically, the fort also served as the residence of Hamad bin Abdullah Al Thani and went through a renovation in the later 20th century. Highlights include its four beautiful watchtowers.

Al Zubara Fort is a famous military fort located outside Doha territory. It was built in 1938 by Sheikh Abdullah bin Jassim Al Thani and is located in the deserted town of Zubara, on the northwest coast of the Qatar peninsula, in the Al Shamal municipality, around 105 km from Doha.

It was originally constructed to serve as a coast guard station and became a police station after the coast guard station was decommissioned. The structure consists of three circular towers and a rectangular tower. It also has many rooms made up of cement or compressed mud. These rooms showcase beautiful artwork and valuable archaeological findings.

Al Rakayat Fort is a historical desert fort constructed during the 19th century. It is located in the neighbourhood of the scattered village of Ar Rakiyat in the northern municipality of Al Shamal. It is situated 94 km northwest of Doha and is just off the coastal road between the ruined towns of Zubarah and Ruwais. Ar Rakiyat means ‘well’ in Arabic. According to popular belief, the fort was constructed to protect the freshwater sources in the village area of Ar Rakiyat, especially during any natural calamities. The fortress consists of three rectangular towers and one cylindrical tower. The lower portion of the structure was constructed using mud and limestone, while the top portion was constructed using a mixture of mud and clay brick.

Situated in the suburbs of Doha in the village of Umm Salal Mohammed, Barzan Towers are also known as the Umm Salal Mohammed Fort Towers were built in the late 19th century and renovated in 1910 by Sheikh Mohammed bin Jassim Al Thani.

The word Barzan means ‘the high place’. It is believed that the towers may have served as a lookout to protect local water sources. They may have used as an observatory to determine the dates of the lunar calendar. The best time to visit the place is from 2 pm to 7 pm.

Zekreet Fort is located close to Dukhan on the west coast of Qatar which was built in the 18th or early 19th century. The fort has an exceptionally particular design that permits seeing the two distinct periods of development. Initially, the fort was built as a simple square without towers in each corner. However, during the reconstruction phase, towers were added at the external four corners of the fort.

Qal'at Murair also known as Murair Fort, is a ruined and abandoned castle built by Al Bin Ali of the Utub tribe in 1778 after their arrival from Zubarah. The main purpose was to tackle challenges posed by the Al Musallam branch of the Bani Khalid, who had a strong presence throughout most of Qatar. It is located about 1500 meters to the southeast of the deserted town of Zubarah. The fort consists of a channel and four walls and also a masjid that is known as Murair Masjid. 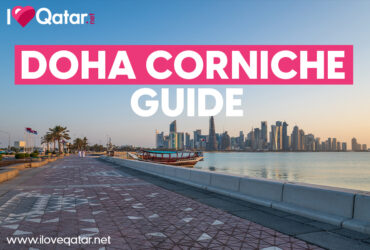