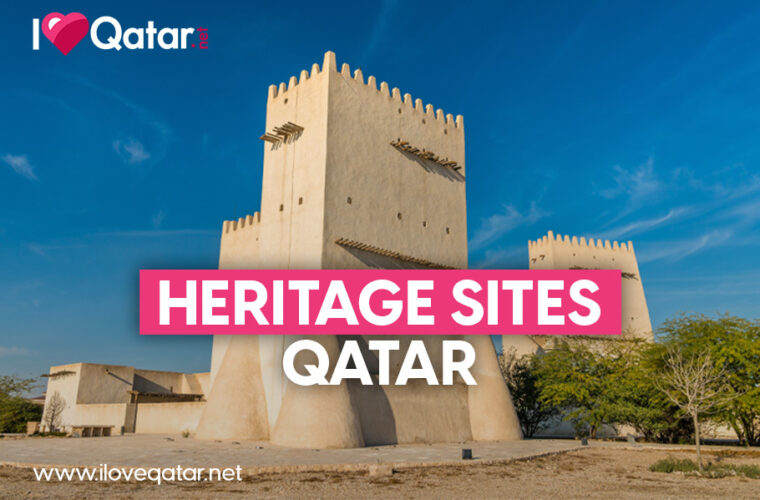 In Qatar, several heritage sites are known for their historical and cultural value. One of the heritage sites here has even been labelled as a UNESCO World Heritage Site!

In this article, the ILoveQatar.net (ILQ) team has listed some of them below!

NOTE: These areas are protected. Do not pick up the ruins or bring them back with you. Be responsible, do not litter, and carry your trash back. Let's keep Qatar clean!

Take a glimpse into Qatar's historical pearl-diving and urban trading town through the Al Zubarah Archaeological Site! Declared a UNESCO World Heritage site in 2013, it is more than just the fort; it shows the early Qatari culture, including the fascinating life of pearl-diving in Qatar's Al Zubarah town.

Apart from a meaningful and educational trip to a historical landscape, you'll be amazed by the artifacts uncovered at this archaeological site that you can view at the brand-new boardwalk. The boardwalk will allow you to walk through the streets of Al Zubarah town and Qal'at Murair.

RELATED: All you need to know about the Al Zubarah fort

The Ain Hleetan Well was said to have been discovered 150 years ago by a group of hunters. There are many stories as to how the water source was found. Many say the same hunters found the water source after chasing a hare! This discovery led to the settlement of the Al Mahanda tribe.

Located on the west coast of Al Khor, the Ain Hleetan Well is now one of Qatar Museum's well-researched archaeological sites; the water and the structure of the well remain intact as historians and researchers monitor the site.

Watch our video: Check out some of Qatar's best archaeological sites!

Believed to have been formed 325,000 to 500,000 years ago, the Dahl Al Misfir, also commonly known as Misfir Sinkhole, is a natural underground cave that burrows as deep as 40 meters. The cave emits a natural glow due to the largely present fibrous gypsum in the cave, which will leave you mesmerized!

Dahl Al Misfir is accessible by a 4x4 off-road vehicle, just 40 to 45 km away from Doha. Visit Qatar recommends visitors dress appropriately as the temperature may drop as they go deeper into the cave.

Freiha, located 5 km north of the Al Zubarah, is a small abandoned town that was said to have been built in the early 18th to mid-19th centuries. The Freiha site contains a fort in its centre, but apart from that, the remains of a mosque were also recovered near the shoreline of the area.

Fish bones and several stone fish traps were also recovered from the site, letting researchers believe that fishing was one of the important occupations in the village during its time.

One of Qatar's most impressive sites, the Al Jassasiya Rock Carvings, have nearly 900 carvings, known as ‘petroglyphs’ that offer a peek into lives during the Neolithic times.

The Al Jassasiya Rock Carvings feature various shapes, including fish, ostriches, dhow boats, and more! Cup marks are also seen on the carvings, which are believed to represent vessels used to store pearls or play ancient board games known as Al Haloosa or Al Huwaila.

Considered one of Qatar's most wonderful natural heritage, the Jazirat Bin Ghannam is an island on the east coast of Qatar. Researchers say that the island must not have been occupied but has been visited for a number of reasons, primarily for trade and sourcing of natural resources such as molluscs which produce red to dark-red dye.

Apart from these, the island also has mangroves and is able to provide habitat to birds that travel during winter.

RELATED: Purple Island: A beautiful natural wonder in Qatar that is worth-visiting!

One of the most intact historical and traditional villages in Qatar, the Al Jumail Village was once a thriving pearl-diving and fishing village in the country. Today, it is considered a 'Ghost Town' as most village walls, including its mosque, still, stand with no inhabitants.

RELATED: Have you heard of Qatar's 'Ghost Town'?!

Used to monitor ships and guard the Ain Hleetan Well, the Al Khor Fort is one of the well-known forts in Qatar. The Al Khor Fort has a strategic position as it not only protected the main source of water for Al Khor during its time, but it also guarded the port of the city!

RELATED: Al Khor and Al Thakira Municipality Guide: what to see and do

Al Koot Fort, most commonly known as Doha Fort, is located in Souq Waqif. Built-in 1880, the Al Koot Fort was originally built by Sheikh Abdulla bin Qassim Al Thani and was used as a police station and jail to protect Souq Waqif from thieves.

RELATED: The historic forts of Qatar

Murwab, located in northern Qatar, is a medieval Islamic settlement thought to have been established under the Abbasid dynasty during the 9th - 11th century. The largest medieval settlement in Qatar, Murwab is said to have had some 250 houses along with a fort and two mosques.

Al Rakayat Fort takes its name after the Arabic word for "well". Due to its name, Al Rakayat Fort is said to have been built to secure the freshwater supply for the village. The fort has a low height of 3 metres and contains a 5 km deep well; you can enter the Al Rakayat Fort only through the South entrance of the fort.

RELATED: Qatar Museums restores Al Rakayat Fort in the north-east of the country

One of the largest archaeological sites in northern Qatar, Ruwayda has more to its site than a discovered historical village. During its excavation, many treasures were dug up, which included porcelain from China, Japan, and Myanmar, earthenware from Julfar and Bahrain, stone paste fritware from Iran, and even ceramics from Europe. This led researchers to believe that Ruwayda had trade deals with a number of great ancient cities.

Located 10 km from Al Zubarah, the Al Thaqab Fort guards a deep well to the west of the fort. The word 'Thaqab' means 'the water in the bottom of the valley after the rain', a fitting name for the fort.

Pottery fragments and fragments of Indian glass bangles that could date back to the 19th century were also found around the site.

Visit one of Qatar's highest historical towers, the Barzan Towers. With a height of 16-meter, this high watchtower has an incredible architectural design and amazing views from its decks! The Barzan Towers are said to have been used to protect the water supplies of its village and as a lookout for any incoming ships. The watchtower was also used to observe the moon to identify the lunar calendar dates.

The Barzan Towers were built in the 19th century and were renovated by the orders of Sheikh Mohammed bin Jassim Al Thani in 1910.

A religious and cultural beauty, the Imam Abdul Wahhab Mosque is Qatar's largest mosque, holding the title "The Qatar State Grand Mosque". Located not too far from the Corniche, the mosque is built on top of a hill, allowing people to spot it easily. Its prime location also gives a magnificent view of the Doha skyline.

The mosque's architectural design boasts tradition and modernity. It can currently host over 30,000 worshippers within its walls.

The Ras Brouq's White Cliffs, located at the tip of the Zekreet Peninsula, shows a breathtaking landscape formed by the wind from the erosion of soft limestone layers.

A picturesque geological phenomenon, these cliffs also hold a great value that dates back to the pre-historic human occupation era. It is said that the area where the cliffs lie has not had any settlement but is believed to have had semi-nomadic tribes inhabit the area once.

Feel like a royal as you tour around The Old Palace, which was once the residence of Qatar's Royal Family and the seat of government.

Built-in the heart of the National Museum of Qatar, The Old Palace was converted into a museum in 1975 and includes a Museum of the State, a lagoon and a marine aquarium.

Located near Dukhan on the west coast, the Zekreet Fort is a historical sight as it shows two distinct periods of development with its forts.

The fort, likely built in the 18th or early 19th century, was initially constructed as a simple square structure until it was developed, and four towers were added at the corners of the fort.

Although the East-West/West-East by Richard Serra is not a heritage site, it is still a must-visit in the Brouq nature reserve. Spanning over a kilometre, the art consists of four steel plate sculptures that tower for almost 14 metres.

Below are the recommendations as imposed by the Qatar Museums:

Have you been to these heritage sites? Which one is your favourite? Let us know in the comments below! Do share this article too - it keeps us going! 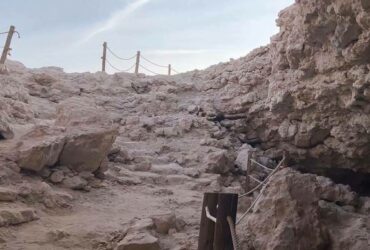 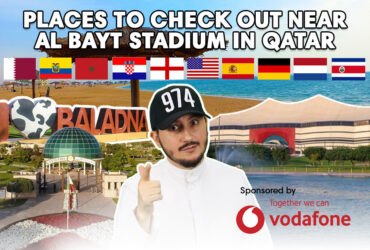 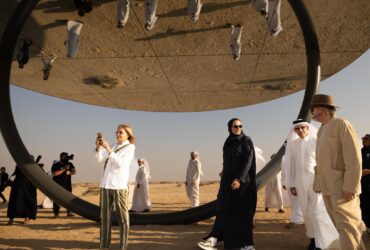 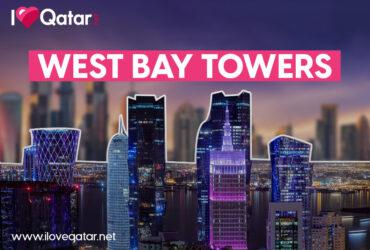