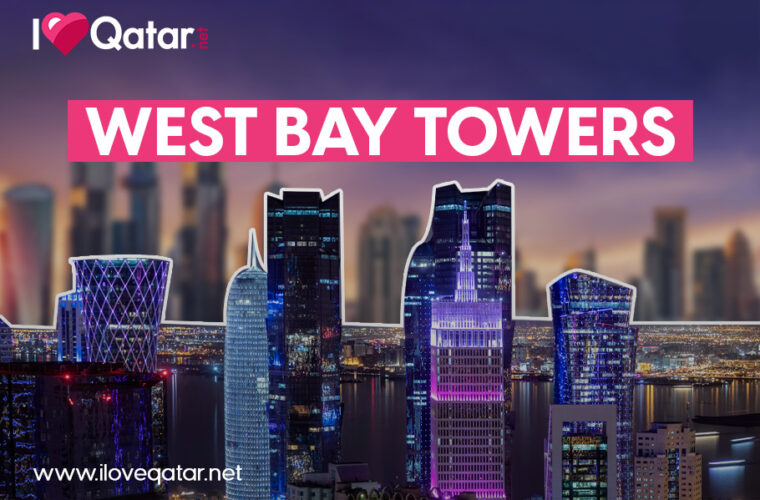 Qatar is home to several spectacular sights, from golden deserts to clear seas. Aside from its natural beauty, Qatar also boasts amazing architecture, including the Doha skyline's buildings.

Located at West Bay, the Doha skyline features several towers that will catch your attention. But do you know what these towers are? If not, then let the ILoveQatar.net (ILQ) team tell you!

In this list, we've collated some of the towers you can spot in West Bay that make up the Doha skyline.

Setting itself apart from the common skyscraper structure, the Al Bidda Tower is designed to immediately catch the attention of those who pass by West Bay. The tower has a continuous twist structure achieved by a 'rotor' shaped plan rotating at every floor of the building. The tower also has a wider floor area on the top floors compared to its bottom.

The Alfardan Towers consist of residential and commercial buildings. It offers high-quality amenities to its residents and the ultimate contemporary lifestyle experience as it sits in Doha's business district.

The Doha Bank Tower is one of the skyscrapers in West Bay that you won't miss. The building sparks interest, especially at night, as it seemingly takes the shape of the letter "D". The Doha Bank Tower, lights up beautifully in blue and orange lighting at night and may even change its colour during special events.

A distinct, contemporary building in the middle of West Bay, the Tornado Tower is a prominent landmark recognized by the Council of Tall Building and Urban Habitat’s CTBUH Awards as the Best Tall Building Middle East & Africa in 2009. The Tornado Tower was named due to its astonishing shape.

Illuminating the Doha skyline, the Woqod tower is one of the skyscrapers in West Bay that is easy to spot due to its interesting shape and LED lights. The sides of the building are framed with energy-efficient LED lights that gleam in different colours.

Al Dana Towers is one of the towers that will easily catch your eye when traversing West Bay. This building has a unique design of a ball seemingly suspended between two buildings. The tower's famous "ball" is a spherical conference room in the shape of a Gulf pearl which sits at the centre of the building on the 20th floor.

Showing off tradition merged with modernity, the Barzan Tower is designed with concrete arches at the bottom of the building, which crawl onto the middle of the tower. The arches display designs that depict traditional local architecture as it connects with a modernized all-glass exterior.

The iconic Burj Doha Tower is one of the most eye-catching towers in the heart of Doha. Jean Nouvel designed the tower to resemble the traditional mud and clay bird towers. The exterior of the building replicates the Islamic mashrabiya or screen commonly used to divide a room!

The Burj Doha Tower lights up the Doha skyline with a bright orange at night.

The second tallest building in Qatar, the Kempinski Residences & Suites, towers at 253.3 meters or 831 ft with 62 floors. The tower is a luxury residence with 368 spacious suites!

Offering a unique architectural design, the Palm Towers show a hexagonal design inspired by the trunk of the native palm trees of Qatar, as shown by the steel fins protruding from the exterior of the building. With 57 floors, the Palm Towers offer office spaces to several companies in Doha.

West Bay has several Twin Towers in the area, one of which is where the Pullman Doha West Bay resides. The Twin Towers have a different purpose: one is a hotel while the other is an office space. These two towers are connected through the common atrium, where people can find the hotel health club membership facilities, meeting rooms, restaurants, and more.

The towers are angled beautifully at 45 degrees to allow a 360-degree panoramic view of Doha.

Do you recognize these towers? Which tower is your favourite? Let us know in the comments below! Do share this article too - it keeps us going!