Settling into Qatari culture and lifestyle 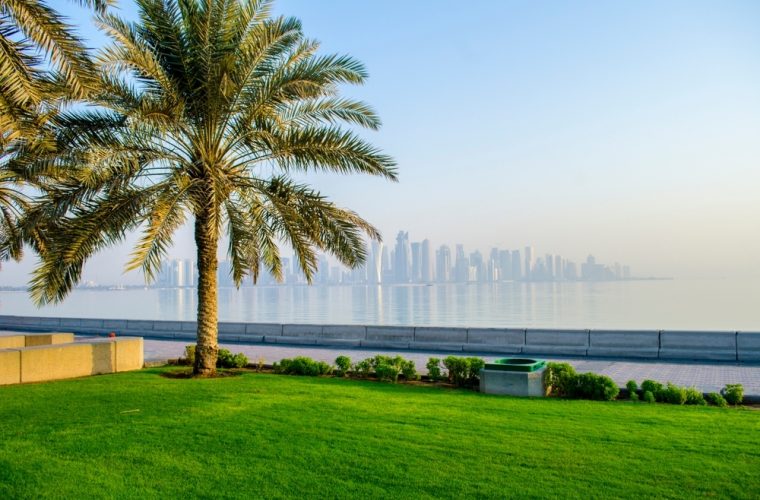 Home to fascinating culture, ancient architecture, and year-round sunshine, it’s no wonder Qatar is such an ideal destination for expats. According to Expat Insider Survey 2018, Qatar is clearly becoming increasingly popular with expats – especially expat families. This is mostly due to the rapid increase in the quality of education and healthcare.

In fact, InterNations states that: "The best and most affordable healthcare in the Gulf States can be found in Qatar, where 64% of expats say that the healthcare is affordable, and seven in ten attest to its high-quality.” It is clear expats are well supported in this respect, but what about everyday living?

Integrating with the local culture and adapting to the lifestyle are also important aspects of expat living. So to help expats feel at home, here are a few tips from a seasoned expat, familiar with life in Qatar to help you settle into Qatari culture and lifestyle.

Qatar has a population of approximately 2,725,109 people, and only 15% of them are Qatari (Arab) nationals. This means that the country’s population is mostly made up of expats. Emma, author of Wanderlust and Wet Wipes, and British expat who has lived in Qatar for four years emphasises that “the expat community in Qatar is HUGE. The majority of expats living here are from India, Nepal, Bangladesh, and the Philippines”.

Home to such a large and diverse expat community, the amount of expat support networks and communities are continually increasing. "Many expats live on compounds or in apartment buildings and it is a very sociable community with plenty of groups set up (groups for mothers, women’s groups, British, Australian and French communities),” says Emma.

The online community is also very prevalent. There are plenty of online expat resources you can join to connect with fellow expats, share and receive advice.

Culture shock… or not?

As a Muslim country, there are certain dress codes expats will need to follow, but it may not be as strict as you think. “Most people hear about where I live and assume that, as a woman, I can't work or drive and that I have to wear an abaya at all times,” says Emma. These things are not true – women can definitely work and drive in Qatar, and dress codes vary.

For example, Qatari women often wear an abaya (long black robe) over their day clothes and cover their head with a hijab (scarf to cover the head and neck but not the face). Men, on the other hand, wear the thaub (long white robe over trousers and an undershirt) and cover their heads with the gutra (white headscarf draped over the head). While local Qataris do wear traditional dress, expat men and women are not expected to do the same.

With that said, the culture regarding clothes is conservative and “there are certain dress codes that everyone is expected to adhere to, including covering the shoulders. For women, knees and cleavage should also be covered. I find it's less policed for women than for men but the dress codes do apply to both sexes” says Emma.

She also adds that “public displays of affection are not allowed. Some people don't agree with these local expectations (particularly if they've never lived here) but most people living here feel that since we have chosen to live here, we're happy to abide by local customs”.

Like any other country across the globe, local culture and customs ought to be respected. If you do choose to make Qatar your home, integrating will be made that much easier if you understand and follow Qatari customs.

The official language of Qatar is Arabic, however, English is widely spoken which is ideal for expats relocating from English-speaking countries. The ease of settling into the language is made even more evident in the Expat Insider Survey previously mentioned, which awarded Qatar 13th place for language.

Initially, Emma “had expected to go straight into Arabic classes, but there's such a large international presence that English is actually more commonly spoken than Arabic – apart from among the local community of course”.

This is not to say that expats should not try and make the effort to learn Arabic however. Learning the local language can be very beneficial, especially when trying to communicate with the locals. Even if they do speak English, trying your hand at Arabic can show a sign of respect and may help you to integrate.

There are plenty of delicious local foods to try as well as international food options available. To truly immerse yourself into the country’s rich culture, you should think about sampling a few traditional Qatari dishes, as well as visiting local marketplaces, known as souqs.

Doha’s central market, Souq Waqif, is a fantastic place for shoppers and visitors alike. With regional specialties on offer, an incredible array of restaurants and its maze of alleyways and breathtakingly beautiful architecture, Souq Waqif is a truly special place.

“We love heading to Souq Waqif to eat mainly Middle Eastern food like shish taouq (chicken on a skewer) and pita bread with things like hummus, moutabal and tabouleh. We love the souq because you really get to see locals and expats in the same place” says Emma.

As well as delicious traditional, local food, there are plenty of very recognisable eateries including Shake Shack, McDonalds, KFC and more – great if you’re ever feeling a little homesick and fancy a treat.

“With so many nationalities in the same country, there's a great opportunity to try all sorts of things all within the capital, Doha. Qatar has a really great foodie scene” says Emma.

As a Muslim country, Ramadan is an important cultural event which occurs each year for one month, which usually starts in May and ends in June. During this month, Muslims are supposed to fast (refrain from eating and drinking) from dawn to sunset. Throughout Ramadan, “almost all food and drink outlets close during the day, though most big hotels have one place to get food during daylight hours. No-one eats or drinks in public” says Emma.

Food is eaten before sunrise is known as Suhoor, and food consumed after sunset is known as Iftar. “Iftar and Suhoor are big events at the hotels and in Muslim families houses. Daytime business hours are condensed to accommodate people who are fasting and instead businesses are open much later” says Emma.

While it may take some time to adjust, there are many ways you can immerse yourself in Qatar’s rich culture. “Go with an open mind and be prepared to jump in with both feet. Try anything once, and say yes when you're invited to something – you never know when you will do something totally unique or meet a new friend. It sounds like a cliché but you'll get out of it what you put in” says Emma.