A guide to Qatar's 8 municipalities! 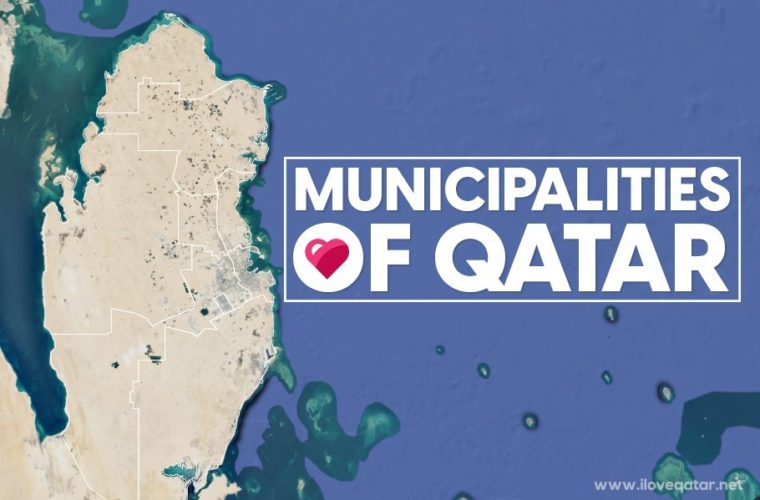 Before you scroll down to read more about the each of the municipalities in Qatar, be sure to check out our super fun QTip video on it!

Read on further as we tell you more about each one of them.

Doha, the modern capital city, comprises the majority of Qatar's residential, financial and administrative centers. Additionally, this area also accommodates critical infrastructure such as the Hamad Medical City, Industrial Area and Hamad International Airport. Among the municipalities, it's also the most populated one, having 956,457 inhabitants in an area of 219.7 sq. km., based on the Planning and Statistics Authority report in 2015.

Doha Metro connects the city via three lines, which all intersect at Msheireb Station.

It is located in the central east region of Qatar. North of Doha, you'll find Al Daayen while Al Wakrah municipality borders it from the south. To its west is Al Rayyan municipality and Umm Salal is on its northwest.

Al Rayyan was created as an independent municipality under the Ministry of Municipality and Urban Planning in 1972. It's the third-largest municipality in the country and the next most populous municipality after Doha, with more than 600,000 people residing mostly in the city of Al Rayyan.

Its southwest side is characterized by open deserts, farms, and scattered rural settlements, which are in contrast with its busy and metropolitan eastern side where Al Rayyan city is located. The city also hosts several sports clubs like Al Rayyan Sports Club (SC), Al Gharafa SC, Muaither SC, Mesaimeer SC and Al Sailiya SC. The municipality will also be the home of three stadiums that will be used in the FIFA World Cup 2022 - Al Rayyan Stadium, Khalifa International Stadium, and Education City Stadium.

WHERE TO EAT: Food Finds in Al Rayyan Municipality

Established in 1972, Umm Salal translates to "mother of rocks" since "Umm" is mother while "Salal" refers to rocks or stones. It was named after the numerous rock formations found in the area.

The landlocked municipality is bordered by Doha in the southeast, Al Khor in the north, Al Daayen in the east, Al Rayyan in the south, and Al Shahaniya to the west.

Also established in 1972, the municipality sits on the northeast coast of the country and was ruled by the Al Muhannadi, a tribe composed of several Bedouin families. Al Khawr means "bay" and is also the name of the municipal seat, which was near a bay. Al Khor is also one of the major cities in Qatar after Doha. The municipality's economy relies on natural gas and agricultural activities such as fishing and farming.

Mangrove forests in Qatar can be found in highest abundance near Al Khor and Al Thakhira. You can go kayaking here and enjoy a part of Qatar that is green and beautiful.

The Al Bayt Stadium, which looks like a tent, is located in Al Khor. It takes its name from "Bayt Al Sha'ar" – tents historically used by nomadic people in Qatar and the Gulf region.

There will also be a Metro station in Al Khor in the near future, which will be a part of the Red Line North.

WHERE TO EAT: Food Finds in Al Khor and Al Thakira Municipality

Al Wakrah was initially a small pearling and fishing village. Over the years, it has grown to become the second-largest municipality in Qatar in terms of area (299, 037 sq. km.). It's bordered by Doha in the north and Al Rayyan in the west. The municipality was established in 1972, along with four other municipalities. Its population, according to the PSA 2015 report, is nearly 300,000 inhabitants.

Al Wakrah got its name from the Arabic word "wakar," which roughly translates to "bird's nest." According to the Ministry of Municipality and Environment, this name was given in reference to a nearby hill which accommodated the nests of several birds.

One of the famous attractions in the municipality is the UNESCO-recognized natural reserve, Khor Al Adaid (Inland Sea). The industrial hub of Mesaieed can also be found in Al Wakrah.

Al Janoub Stadium (Al Wakrah Stadium) is the southernmost stadium that will be one of the venues for the FIFA World Cup 2022.

WHERE TO EAT: Food finds in Al Wakrah municipality

Watch this video and start planning your road trip to Al Wakrah!

Al Daayen municipality is the seventh municipality to be established in Qatar and was created in 2014. It is located in the east of the Umm Qarn area on the coastal road near the bridge of Smisma. It's bordered by Al Khor in the north, Doha in the south and Umm Salal in the west. Al Daayen is derived from the Arabic word "dhaayen" which roughly translates to travel.

The Qatar National Master Plan aims to develop Al Daayen as "an attractive, sustainable place that balances growth with the protection of environmental assets and the cultural identity of Qatari communities."

Its main draw is the futuristic Lusail City and it will also be home to the 80,000 seat Lusail Stadium, which will host the FIFA World Cup Qatar 2022™ final. Once completed, Lusail LRT will connect to the Doha Metro Red Line.

Watch this #ILQRoadtrip video to help you plan your trip to Al Daayen:

Located in the northernmost part of the country, Al Shamal is also the least populated municipality in Qatar. Shamal means 'north' in Arabic and its capital city is Madinat ash Shamal. It's bordered by Al Khor to the south while its northern coast is surrounded by the Arabian Gulf.

Once a part of Al Rayyan, Al Sheehaniya was split off in 2014 to form its own municipality. It got its name from a plant known locally as 'sheeh' which was valued for its anti-inflammatory effects. The majority of activity associated with camel racing and oryx breeding in Qatar takes place within the municipality. Al Shahaniya is the largest municipality with an area of 3 308.9 sq. km.

Al Shahaniya City is the largest settlement in the municipality as well as in central Qatar. It is located halfway between Dukhan and the capital Doha and is situated just off Dukhan Highway. As an urban center, it serves as a central location for surrounding rural settlements, such as Rawdat Rashed and Al Khurayb.