What to do if someone dies in Qatar 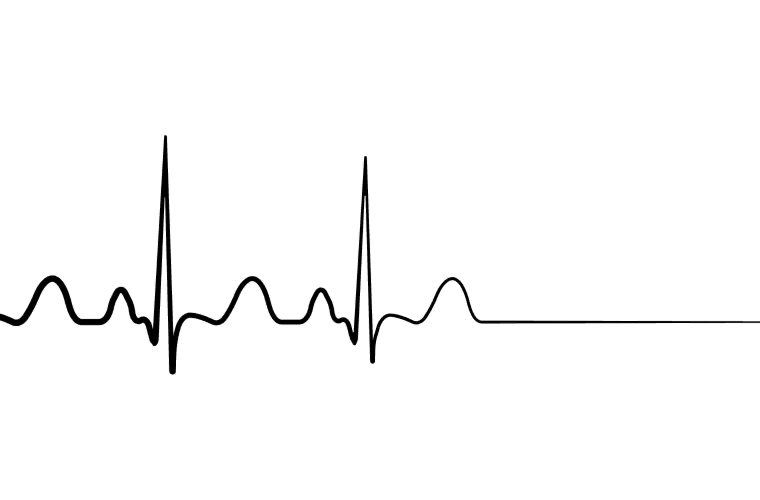 No one wants to lose someone they love, but it can happen – to anyone. What happens when someone dies in Qatar? What are the procedures followed to bury them in Qatar or send them back to their home country?

Let’s shed some light on these questions and provide you with some answers.

When someone dies in Qatar, their next-of-kin, or an appropriate representative like the sponsor has to make decisions about whether the body will be buried in Qatar or returned to the home country.

If the deceased had insurance his/her company should be notified immediately so they can take care of the costs, otherwise the next-of-kin or the sponsor will bear the burial costs.

Unified Services Department of the Ministry of Interior (MoI)

The Unified Services Department is located behind the Hamad Hospital mortuary, close to the hospital's Human Resources Department and Retaj Hotel. Family/Friends/Next-of-kin of the deceased can complete all the formalities related to the death and burial in Qatar or repatriation procedures within hours under a single roof and the Department is open seven days a week from 7 am to 9 pm.

Documents required from the death to the burial or repatriation

Note: To assist with the many forms and documents that must be filled out, it is best to have, at least, 10 printed copies of the deceased’s Qatar ID card and passport, along with those of the person’s sponsor and/or next-of-kin.

Documents required by the MoI for cancellation of residence permit

Documents required by most embassies in Qatar

Documents issued by most embassies in Qatar

In Qatar, there are strict laws about organ donation. Organs can normally only be removed from the deceased if the next of kin gives permission, even if the deceased was registered as a donor before their death.

Procedure from death to burial of deceased

If the death has occurred outside of the hospital, the police may want to investigate the death to ensure there were no suspicious reasons for the death. Once the police is satisfied that there is nothing suspicious about the death, the Hamad Hospital Mortuary also examines the body.

The Public Prosecutor's Office issues a "No Objection Letter to Release Remains", and provides the family member or representative three copies of "Notification of Death Certificate" which are to be submitted to the deceased’s embassy, The Ministry of Public Health and the Qatari Criminal Investigations Division (CID) Evidence Office. If the body is to be repatriated, a "Copy of Death Certificate" is issued instead.

The death certificate for the deceased is issued by HMC after the details of the deceased and cause of death are entered into the computer and the "Notification of Death Certificate" (for local burial) or the “Copy of Death Certificate" (for repatriation) is received. After this, the Ministry of Public Health checks and verifies the data that was entered before it issues the burial permit or the embalming certificate (if the body is to be repatriated to the home country).

These documents are then taken to the MOI which after verification, cancels the Residence Permit and Qatari ID of the deceased.

The relevant embassy also cancels the passport of the deceased.

Belongings of the deceased

If someone died in the hospital, their personal belongings are usually at the hospital's Security Office. The belongings will be kept securely after they are inventoried, and handed over only to the next of kin in person and upon signing a receipt.

The Security Office may not hand over personal belongings to anyone other than the next-of-kin (including the sponsor) unless they have formal written approval.

If the death did not take place in a hospital or is under investigation, then the local police may keep the personal belongings until the investigation is over and formalities completed.

They will be inventoried and kept securely until the next of kin takes possession of them by attending in person and signing a receipt. Security officers may refuse to hand over belongings to anyone other than the next of kin, including the sponsor, without formal written approval. If the death occurred outside a hospital or is under investigation, personal belongings may sometimes be held by the police

1. Preparation and burial of the deceased:

All the remains of the deceased are taken to the Hamad Hospital Mortuary, no matter where the individual has died. The body is checked and held at the Mortuary until all documentation is completed and all procedures are undertaken.

If the deceased is a Muslim, the body is then taken to one of the local Muslim cemeteries in Qatar to be washed, shrouded, prayed for and then buried according to the origins, customs and Islamic religious rules followed. The local authorities pay for most of the costs associated with the burial.

If the deceased is a non-Muslim, the body is taken to the Dukhan cemetery which is the only non-Muslim burial site in Qatar. The local authorities may provide transportation to the cemetery free of charge, but any expenses related to digging of the grave and buying a coffin will normally fall to the next of kin or sponsor.

Post-mortems are not a norm in Qatar and are only conducted in cases of mysterious deaths and certain circumstances. In case, a post-mortem needs to be conducted, the next of kin/relatives must sign a consent form (which is in Arabic). According to the consent form, organs can be destroyed or removed in non-criminal cases during the post-mortem. If there any doubts about the post-mortem procedure, can talk to the Hospital pathologist before signing the forms.

The Doha Municipality has numbered and archived the data of the deceased online, so family and friends can find the grave if and when needed.

Cremation of the deceased is not allowed in Qatar nor is it available. If the deceased is to be cremated, the body must be preserved properly for shipment/repatriation to their home country. The embalmer can be contacted at +974 4442 7427, who will deal with the embalming with a team of volunteers. This service is free, but donations are accepted which are then donated to different charities within the community.

If the body is to be repatriated to the home country, the Ministry of Foreign Affairs Consular Affairs Department liaises with the relevant embassy to issue a No Objection Certificate (Release of Remains Certificate) after submission of the deceased's passport and copy of death certificate so the body can exit Qatar, the CID Department issues a Transfer of Remains Certificate after submitting a copy of the birth certificate and the "Copy of the Notification of Death Certificate", and Qatar Airways cargo (or airline cargo agents used to ship body of the deceased) issues the airway bill of landing and plane tickets for those accompanying the body to the home country after paying the relevant shopping fees and/or tickets. Once the No Objection Certificate (Release of Remains Certificate), airway bill of landing and are received by the Ministry of Health, they will issue the original death certificate. All documents received so far from the different local authorities must be kept handy as they may be needed.

Before the deceased can be repatriated to its home country, the deceased's body must be embalmed and the coffin sealed with wax. During this procedure, a family member or a representative must be present.

On the day of the repatriation, the family member or representative who is making all the arrangements for the repatriation must also be present at the Hamad International Airport's immigration to get the exit stamps and necessary permissions so the body can leave the country. The HIA Officers will put a ‘No Objection to Transfer Remains’ stamp on the Death Certificate. Make sure the date of the stamp is the same date as the flight, and then the HIA Customs will give permission to ship the deceased's body by putting a ‘No Objection for Remains to Exit’ stamp on the Embalming Certificate. The agent at the Cargo Department, then, takes all the documents including the Airway Bill of Landing and the deceased’s passport with the exit stamp, and places all the documents in an envelope that will go with the body to the final destination.