Top 5 old towns offering a peek into Qatar's colorful past 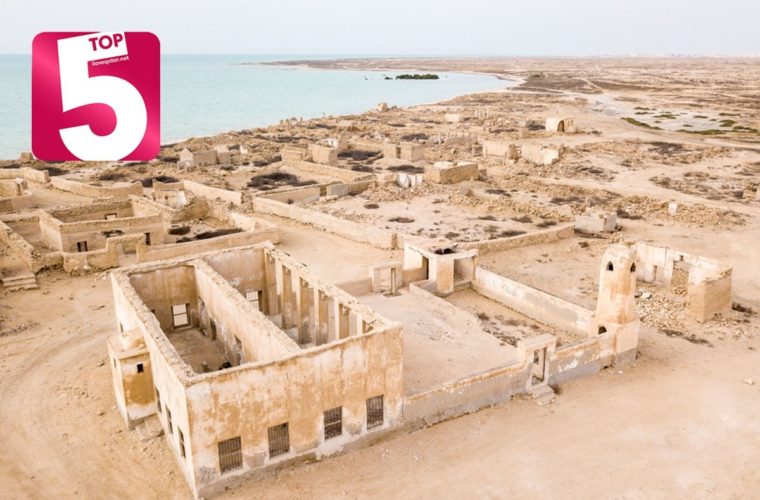 Doha might be the bustling, rapidly changing, and the most famous city in Qatar right now but along the country's coasts are old settlements that were once thriving and relied on the bountiful harvests of the sea. Today, they serve as reminders and a glimpse of what was life like in a bygone era in Qatar's past. Check out five of the many "ancient" towns in Qatar that will give you a peek into the country's fascinating history.

According to Qatar Museum's research, the small town of Freiha dates as far back as the early 18th century, predating Al Zubarah which lies 5km south. Located in a shallow bay, notable features of the abandoned town include a 45-meter square fort with high defensive walls and corner towers and the remains of a traditional Qatari mosque. Fishbones and stone fish traps were also excavated in the settlement, indicating that it was once a fishing town. The town is thought to have been abandoned in the mid-19th century.

Excavations have revealed a 'treasure trove' at Ruwayda, now one of the largest archaeological sites in northern Qatar. These 'treasures' include porcelain from China, Japan, and Myanmar, earthenware from Julfar and Bahrain, stone paste fritware from Iran, and even ceramics from Europe. Clearly an indication that Ruwayda had trade contacts from far-flung ancient cities. Among the structures unearthed during the excavations include a palatial residence, large fortress, walled tomb, and a mosque. The old town stretches for more than 2.5km along the beach is said to be abandoned by the end of the 18th century.

The now-abandoned village was also once a prospering pearl diving and fishing village along Qatar's coast in between Al Arish and Al Ruwais. Its name is derived from the Arabic word 'Jameel' meaning beautiful. Inhabited from the 19th century to the 20th century, all that is left now are the remains of houses, shards of pottery, beads and other remnants from the past. Its mosque especially the minaret still stands tall and proud today.

Qatar's first UNESCO World Heritage site, the walled coastal town of Al Zubarah was once a thriving pearling and port city, with trading links across the Indian Ocean, Arabia, and Western Asia. The once important town is said to be mostly destroyed around 1811 and abandoned around the early 20th century. Its ruins were blanketed by layers of sand from the desert, preserving the town until its excavation, according to UNESCO. The fortified town and well-planned town used to have palaces, mosques, streets, courtyard houses, fishermen's huts, harbor, double defensive walls, canal, two screening walls, and cemeteries aside from the nearby fort of Qal’at Murair. A further fort was constructed in 1938.

Today, it is one of the most extensive and best-preserved examples of an 18th–19th-century settlement in the region. Visitors can visit Al Zubarah Fort to learn more about the well-planned town of Al Zubarah and its surroundings.

Unlike the four mentioned above, Murwab is not located along the coast. The palatial residence is the most remarkable find as it is now known to be the oldest discovered Islamic palace in Qatar. Its foundation date back to the early Abbasid period in the 9th century. The structure, with walls preserved up to 1m, was restored in 1985, according to Qatar Museums. Other notable finds at the medieval settlement include 220 housing units, workshops, two mosques, and tombs. 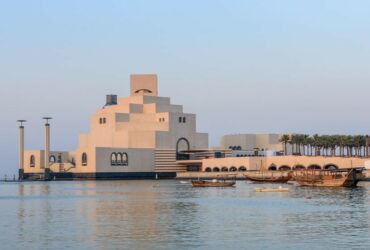