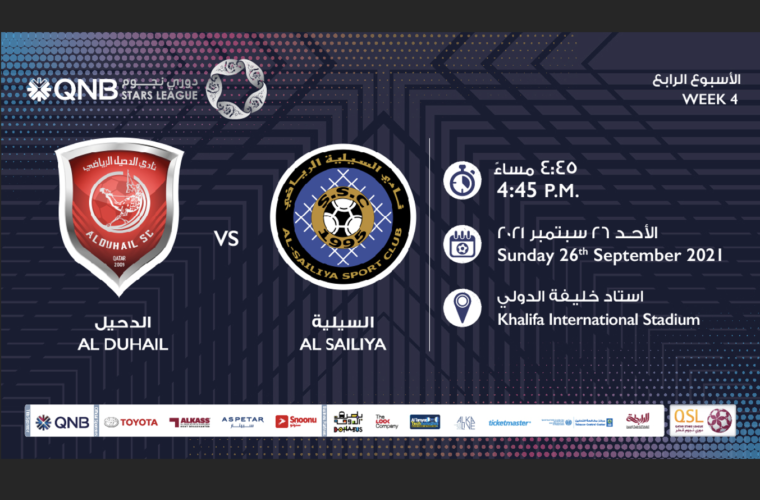 The matches of the fourth week of the QNB Stars League for the season 2021-2022 will start , with the meeting that will take place between Al Duhail and Al Sailiya, on Sunday evening, September 26, 2021 at Khalifa International Stadium at four forty-five minutes in the evening.

Both teams enter with the ambition of winning and collecting the three points . . Al-Duhail leads the standings equally, Al-Sadd with 9 points, achieved by winning the first 3 matches over Al-Khor 4-1, Ali Al-Arabi 2-1, and Al-Gharafa 3-1, scoring 9 goals and conceding 3 goals and has not lost or tied so far, and sent a message To all competitors, he is ready to compete for the title this season under the leadership of his new Portuguese coach, Luis Castro.

With the return of the international scorer and the star of our national team, Al-Moez Ali, who participated in the Al-Gharafa match and scored a goal from a penalty kick, the striking force of Al Duhail on the offensive level has been completed, which will make Al Sailiya face a strong burden in the defense to counter Al Duhail's attacks.

As for Al Sailiya, he has 3 points after 3 matches he played, losing in the first against Al Sadd 0-2, and winning in the second against Al Shamal 3-2, and in the last round he lost against Al Arabi with a clean goal, scored 3 goals and conceded 5 goals .

The team loses its efforts to its player, Adel Badr, who was injured during the Al-Arabi match, and after x-rays, it was found that he had severed the cruciate ligament .

During the Al-Duhail match, coach Sami Trabelsi will try to find the required balance, in order to get a positive result and improve the team’s position in the standings, and he has many distinguished cards, starting with goalkeeper Claude Amin, as well as the experience of Majdi Siddik, Sergin Mabudji, Idris Fattouhi and Ramin Rezaian, who presents levels Distinguished, and with him, Mohamed Salah El-Nile is one of the sources of danger in the offensive line. 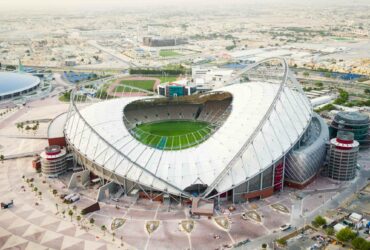