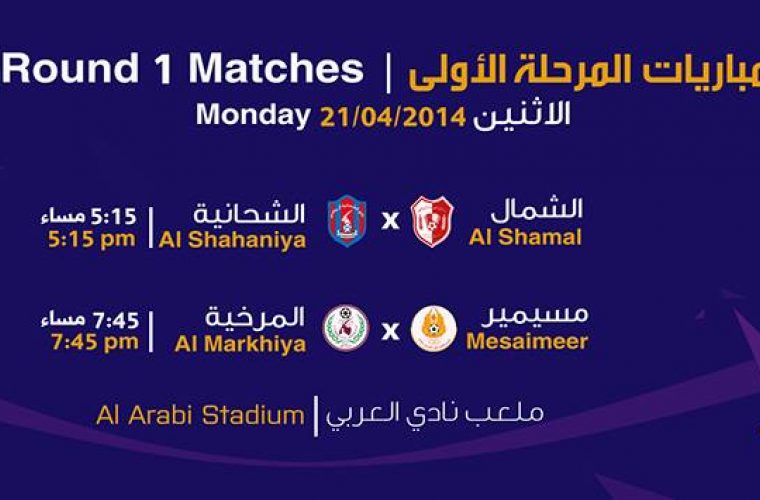 The first-round clash will take place at Al Arabi Stadium, one of four
venues to be used during the five-phase championship.

The Emir Cup is the most popular sports event in Qatar.

On the same day, Mesaimeer will battle Al Markhiya, the fourth Second Division side, at the same venue. The first match kicks-off at 5:15p while the second game on April 21 starts on 7:45pm.

The second round of the championship will commence on April 27 with Muaither playing Qatar SC at Al Arabi Stadium.

The winner from Al Shamal-Al Shahaniya game will take on Al Khor at
the same venue the same day.

In the third match on April 27, Al Wakrah play the winner of
Mesaimeer-Al Markhiya clash at Qatar SC Stadium.

Al Rayyan, who were demoted from QSL last Friday, will take on Al
Kharaitiyat on April 27 at Qatar SC Stadium to round up matches in the second round.

The third round will commence on April 30 while the fourth round will
start on May 3.

The semi-finals will be played on May 10 while the final be held on May 17.