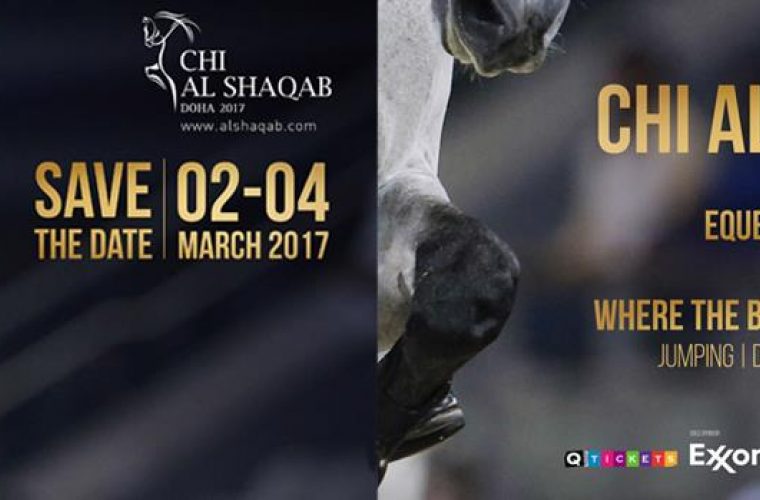 CHI (Concours Hippique International – International Equestrian Competition) is the official title awarded by the International Equestrian Federation (FEI) to international equestrian competitions with three or more equine disciplines. Created in 2013, CHI AL SHAQAB is one of the world’s most prestigious equestrian competitions, the only of its kind in the whole of Asia; and in its scope and dimensions only comparable to three other events worldwide. Every year CHI AL SHAQAB welcomes the world top-ranking riders, regional and local riders in different equestrian disciplines: in 2017 these will be Jumping, Dressage and Para-Dressage.

CHI AL SHAQAB 2017 will not only draw the local and international horse world, it will also be a family event with activities for the general public. In addition to witnessing some of the highest quality equestrian riders in the world compete, visitors will have access to an international exhibition and multiple cultural and equine events. The spectator plaza will have vendors, food courts, cultural events, game zones and child-friendly areas.

This year Al Shaqab celebrates its 25th anniversary. Al Shaqab has collected numerous accomplishments in its 25th years, among the most notable has been the creation and organization of CHI AL SHAQAB which is now in its 5th year.