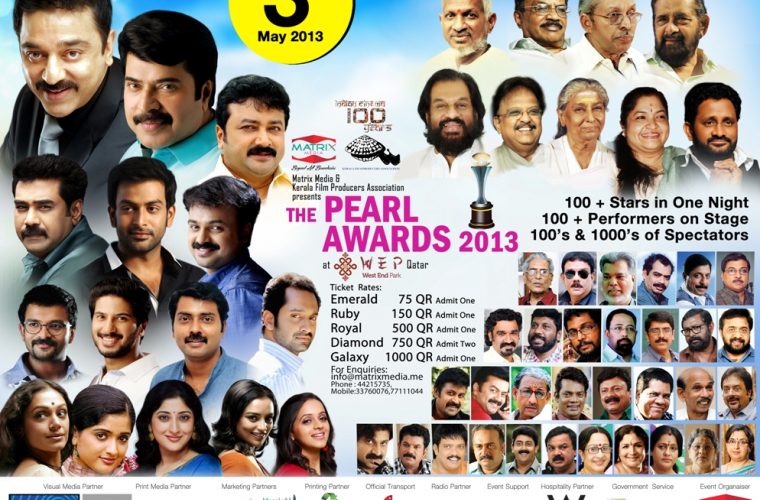 Time:
We're all familiar with Hollywood, but did you know that India's film industry is one of the biggest in the world?

The Biggest Award Nite in Qatar to be organized by Matrix Media & Kerala Film Producers Association.

Around 150+ South Indian stars will be flying in to celebrate The Pearl Awards Nite - 2013, on May 3rd at West End Park, and if there's one thing India is known for, it's colorful celebrations and festivities, and much like a Colorful Indian film all through the night will be packed full of dancing, singing, and glitter!

Tickets Available at more than 50 Centers across Qatar.