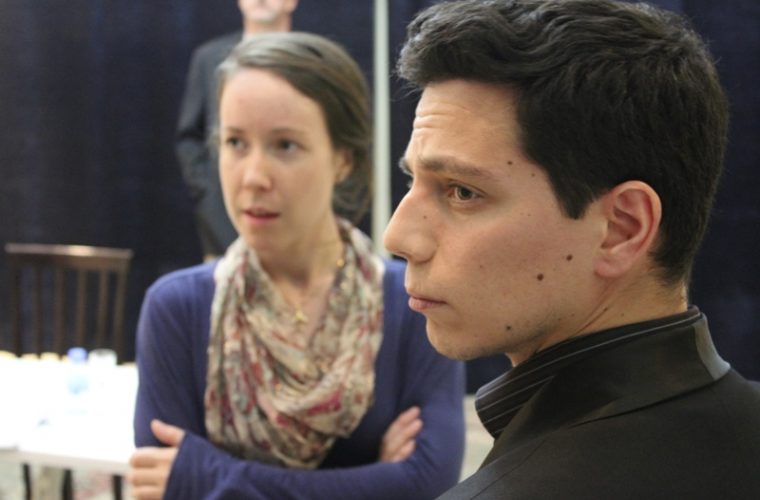 Time:
The Doha Players are pleased to present ‘An Inspector Calls’ from 22-25 October at The Black Box Theatre, Student Centre, Hamad bin Khalifa University, Education City.
Probably the best known play by J.B Priestley, “An Inspector Calls” has been a set work for several years in most of the UK GCSE examination boards’ English Literature syllabus, including the IGCSE syllabus for 2015.
An Inspector Calls explores what responsibility society owes to those who are less successful whether through their own actions or the consequences of the decisions we make. Do we simply need to look after ourselves or do we owe an obligation to those affected by our actions, even when we believe that our actions were correct? If we had the opportunity to revisit our past actions and see the consequences of them, would we reconsider our position, would we change our behaviour?
The play is set in 1912. At dinner at the Birling’s home, Arthur Birling, a wealthy mill owner and local politician, and his family are celebrating the engagement of their daughter to Birling's competitor's son. After dinner, Arthur speaks about the importance of self-reliance; a man, he says, must make his own way and protect his own interests.
Inspector Goole arrives and explains that a woman called Eva Smith killed herself. He implies that she has left a diary naming names, including members of the Birling family. Gradually we learn how each family member has interacted with Eva, and how each contributed to her downfall. As each family member’s role in her demise is exposed they have a chance to reflect on their actions.
The play is directed by Ian Lacey who has been involved in amateur theatre for almost 40 years. Ian has been involved with the Doha Players since 2006, appearing on stage in a number of their productions (most recently as ‘The Actor’ in ‘The Woman in Black’). He has previously directed two productions for the Players, ‘The Real Inspector Hound’ by Tom Stoppard, and ‘Romanoff and Juliet’ by Peter Ustinov.
Tickets are on sale from The One (Villaggio and Landmark branches) at 75QR, please visit thedohaplayers.com/aninspectorcalls for more information.