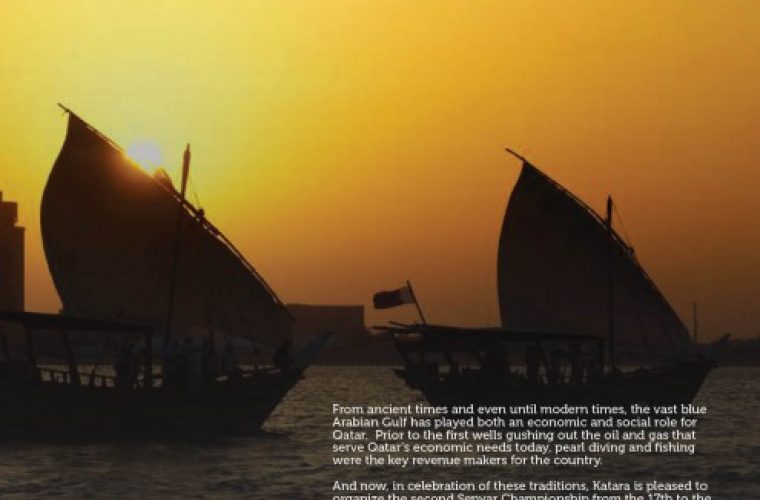 Qatari heritage, handed down from generation to generation, has always been an integral part of the Arab Islamic heritage of the Arabian Peninsula and since ancient times the sea has played a vital role in the daily life of the citizens of the peninsula of Qatar. Fishing and Pearl diving were main sources of income in the pre–oil era .

Katara is hosting a traditional fishing and pearl diving competition during four days from 17th until the 20th of April. Saturday the 20th April is the closing ceremony this day will include the arrival and the participation of approximately 30 traditional Dhows.