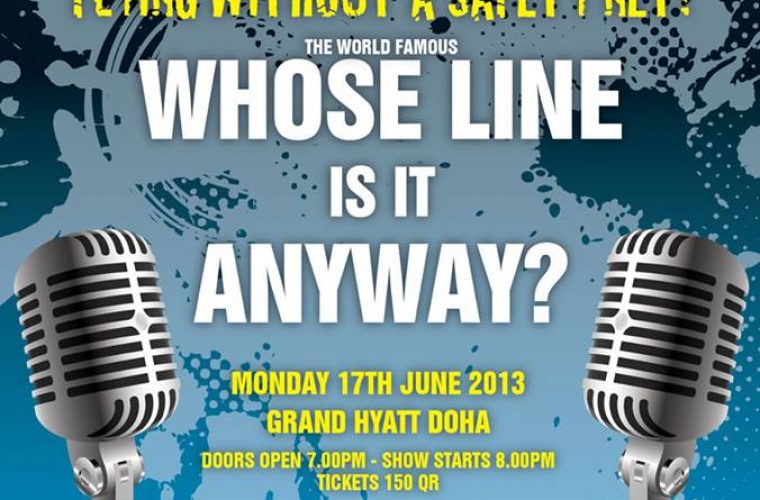 Featuring the Stars from the Official British TV Show Whose Line Is It Anyway.

This is the only show of its kind to cross quick witted improvised comedy with a game show. There are no tricks, no scripts, no safety nets, just your suggestions and off they go! Watch the comedy unfold before your eyes with this truly amazing comedy TV show brought to life on stage.

Steven Frost, Niall Ashdown, Steve Steen, Andy Smart and Ian Coppinger from the official TV show create characters, scenes and songs on the spot, based on audience suggestions and have been making people laugh all over the world with their very own brand of irreverent improvised comedy.

You shout it out, they act it out! No safety nets. They’re fast funny and furious!

Tickets available SOON at QR150 per person!
21+ Only Qatar ID or Passport for entry PLEASE!