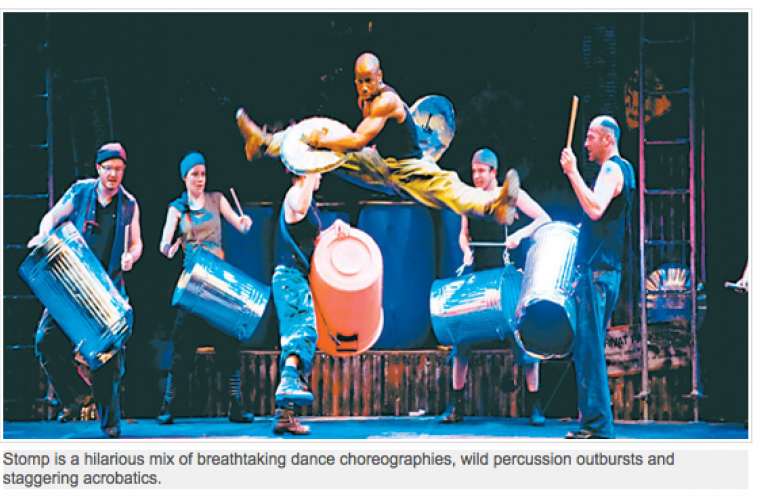 
Stomp, described as one of the most successful theatre stories of all times, is coming to Doha for the first time. The performances will be held from June 6 to 8 at the Qatar National Convention Centre.

Stomp is being brought to Doha by The Art of Business/ AHB and Premium Projects in association with Stomp Productions and Glynis Henderson Productions.

Started out in 1991 in Brighton by the British street performers Luke Cresswell and Steve McNicholas, Stomp is “a hilarious mix of breathtaking dance choreographies, wild percussion outbursts and staggering acrobatics.”

Stomp was created as a street show, the artistes using a variety of everyday percussion instruments in their performances. On the road for 20 years, Stomp has been staged across the world and is playing its own theatres on Broadway in New York and London’s West End. Stomp performed at the closing ceremony of the London Olympics last year.

There are several Stomp companies currently performing around the world: up to three working from the UK and two in North America. Though the show is very tightly choreographed and orchestrated, each company has its own style and feel as there is a lot of room for every performer’s own personality to shine through.

The show is as much an expression of eight individuals with very strong personalities as it is a vision of rhythm that left back speechless audiences around the world.