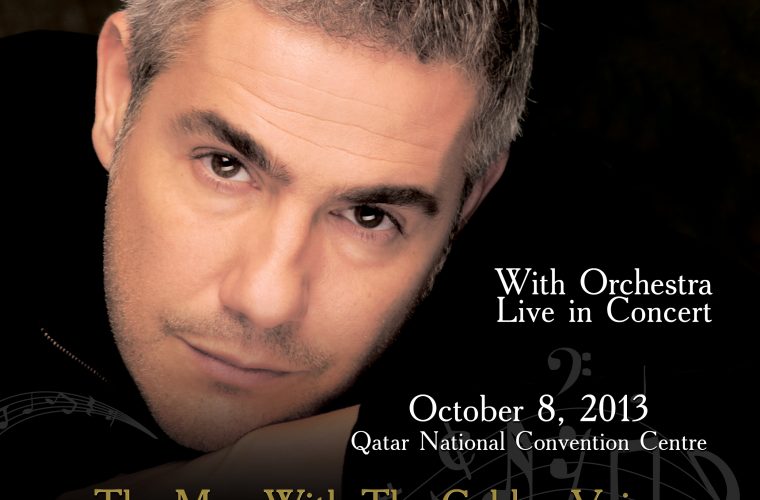 Time:
Alessandro Safina with Orchestra Live in Concert
The man with the golden voice.

Alessandro Safina - Italian romantic pop opera singer who has captivated millions with his distinctive, soulful and beautiful voice is set to perform live in Doha, Qatar. This one day concert will take place in Qatar National Convention Centre Theatre on October 8, 2013.

Safina's unique and seductive voice has captured the hearts of millions around the world. Every song is emotionally charged and delivered with great passion. His classy and soulful mouthpieces embraces and creates a special bond with opera lovers.

Safina's breakthrough to a pop audience took place in The Netherlands in November 2000, when he performed at the prestigious "The Night Of The Proms" celebration. His single LUNA stayed at the top of the charts for 14 weeks.

In November 2001, Safina was one of several prestigious guests performing for Queen Elizabeth II on the occasion of the 73rd Royal Variety Performance. He gave a masterly interpretation of Andrew Lloyd Webber's MUSIC OF THE NIGHT. Safina has also sang with living legends such as: Elton John and Jose Carreras and toured Asia with Sarah Brightman.