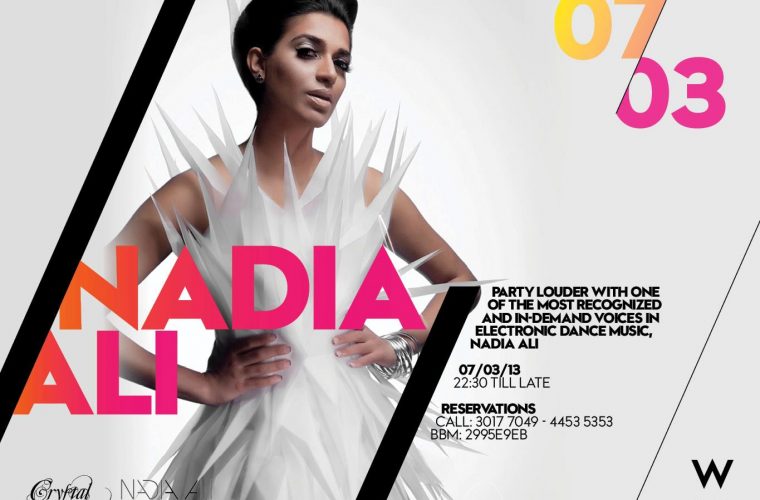 Dress code is Smartchic and entry only for 21+ years of age.
Entrance Only for: Couples, Hotel Guests and Mix group. No single guy’s allowed except pre-approved by the Manager.

The American singer-songwriter, raised in New York, feeds the cultural diversity of her life experiences into the music she makes with beguiling results, and has done since first breaking through in 2001. In that year it was the hit “Rapture” which won her international acclaim as part of the band iiO, with the single topping UK charts and catapulting Nadia on to more than decade of commercial success. Most recently, that same single has been topping various European charts again as a result of a modern re-rub from hotter than hot Stockholm man Avicii. Receiving plenty of air play and club outings in recent months, it has re-asserted Nadia Ali as one of the scene’s foremost vocal talents.