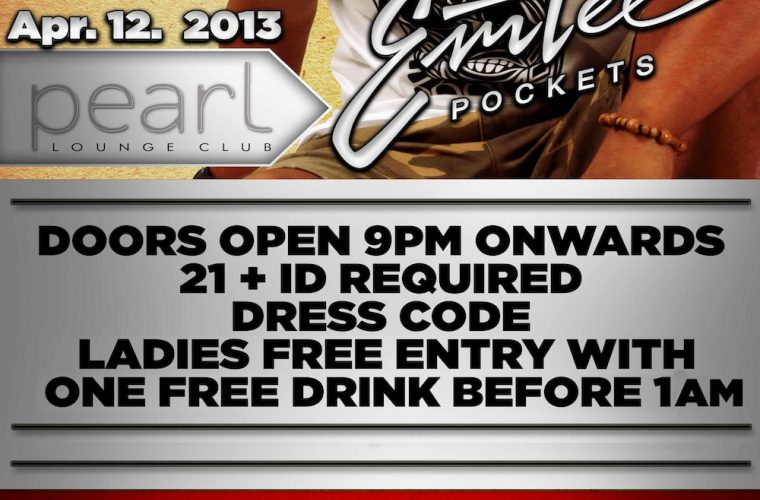 EMTEE POCKETS IS READY…ARE YOU?
Warmup by: DJ BAZ

Launched on April 28th 2011 in Dubai, JAMROCK is the combination of Caribbean and Urban rhymes that creates an atmosphere of a Carnival, where patrons are able to dance till they can't dance no more.

Jamrock has become one of the most successful club nights of the week in Dubai. Not only does this event bring the West Indian vibe across the waters for all to experience, Jamrock is also the first club night that consistently brings top local & international DJ’s to the set, as well as named Reggae, Soca, and Dance Hall artists to perform in the Middle East like:

After more than a year in Dubai and now almost 6 months in Abu Dhabi once a month, JAMROCK Middle East comes to DOHA.

JAMROCK DOHA will be held once every month and will feature International DJs and Artist.

Emtee is an International Urban DJ currently based in Dubai originally from the UK. Emtee is a specialist of urban music across the board from R&B to Hip Hop to UK Garage & Funky. He has firmly stamped his name into the UK music industry in a relatively short time through both his individual and collective DJ sets, club events & private parties. He holds a broad knowledge of all urban music genres also catering for Dancehall, Funky House, Baltimore Club and 80’s audiences. As a DJ, Emtee stands out from the crowd with his visual presence, supreme Confidence and vast knowledge on his Specialist Genres. Not only a DJ but an events promoter, artist agent and radio producer. Emtee is a growing name and a positive choice for any promoter. With vast experience in music managerial roles gained from all forms of experience including artist, event and record label management Emtee has seen himself co managing and creating after-partys for A list music artists Rihanna, Jay-Z, Ne-Yo and Lemar to DJing for corporate organisations including Adidas, Reebok, Warner Records, TedX and the Princes Trust Foundation. He has recently been added as a luminary for Societe Perrier and New Era. Emtee has worked with and alongside a number of top international DJ’s, artists and brands such as: Kanye West, Jay-Z, Ne-Yo, Rhianna, T.I., Flo Rida, Chris Brown, Wyclef, Estelle, Basement Jaxx, Afrika Bambataa, Jermaine Dupri, Ginuwine, G-Unit Rocafella, Clinton Sparks, BBC 1Xtra, Ministry Of Sound, Twice As Nice, New Era And has played all over the world including residencies and bookings in: United Kingdom, Aiya Napa, Ibiza, Greece & Dubai