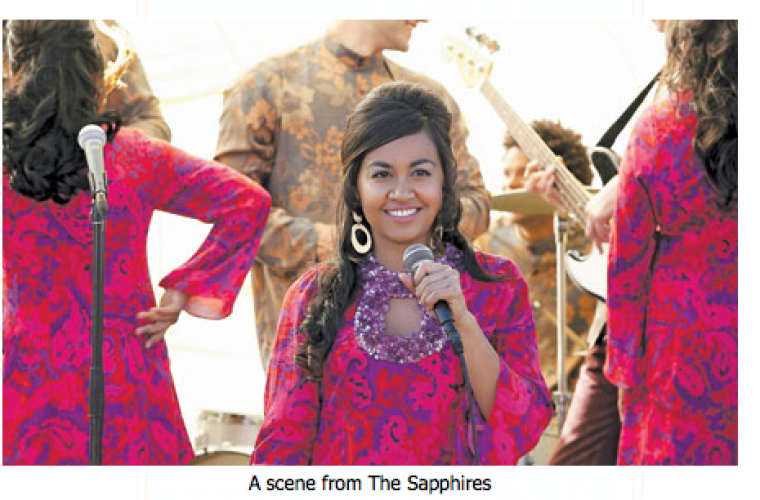 
The highest-grossing Australian film of 2012, The Sapphires will be screened from June 13 to 19 at Katara Drama Theatre as part of Katara DFI Cinema.

Wayne Blair’s The Sapphires is a joyous tale of sisterhood, beating the odds and good old-fashioned soul music. It takes four young Aboriginal girls with velvet voices who can belt out soul music like nobody’s business. The Sapphires, Australia’s answer to The Supremes is based on a true story about a 1960s girl group who left the Australian outback to embark on an adventure of a lifetime.

After premiering at the Cannes Film Festival in 2012 and receiving rave reviews at Toronto International Film Festival, The Sapphires was showcased across the globe to win over 15 international awards from over 20 nominations. It features exceptional performances by Chris O’Dowd and the ensemble of four actresses.

For tickets, box office timings and full films listing, log in to www.dohafilminstitute.com or visit the DFI Ticket Outlet in Katara, Building 26, from the June 9 to 19 between 1pm and 7pm. The Katara Drama Theatre Ticket Outlet (Katara Building 16) will be open from June 13 to 19, 30 minutes prior the day’s first screening. The Peninsula