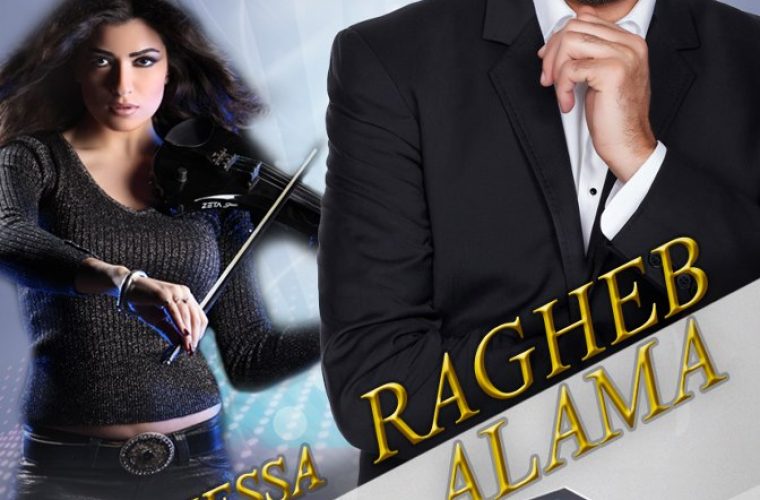 
What: The Super Star Ragheb Alama & Divanessa ( The Violonist ) Live at Madison Piano Bar for One Night Only
When: 12/12/12

The ticket price is QR 730 per person

Ragheb Subhi Alama (Arabic: راغب صبحي علامة born June 7, 1962) is a Lebanese singer, composer, television personality, and philanthropist. Alama began his career in the 1980s when he appeared as a contestant on the talent show broadcast Studio El Fan, on which he received the Platinum Award.

Alama’s fame came after Studio El Fan with the release of his debut single “Bukra Byebrom Dulabak” (Your Luck Will Change Tomorrow) followed by yearly albums and number-one hit singles such as “Ya Rait” (I Wish), “‘Aan Jad” (Seriously) and “Alby Asheq’ha” (My Heart Adores Her) which was the first Arabic song in history to be made into a music video. Alama continued his success into the 2000s with the release of his chart-topping albums Saharony El Leil (2001), Tab Leh (2003), El Hob El Kebeer (2004) and Baa’sha’ak (2008), the latter which earned the artist the Platinum certification from Virgin Megastores for its record sales. His most recent album Seneen Rayha (2010) saw the artist team with Starbucks for its release and sale, making him the first Arab artist to have his album sold at Starbucks. The Starbucks album Starz Vol. 1 also included a song featuring international pop artist Shakira. He adopted an environmental cause with the album after being named the United Nations Ambassador of Climate Change.

Alama has won two Murex d’Or Awards and several other awards during his career. His albums have made him one of the most commercially successful singers in the Arab world. In mid-2011, it was announced that Alama would head the judging panel for the pan-Arab version of the American Idol series.

The beautiful young Vanessa was just nine years old when she started playing violin, her music is a fusion of occidental grooves and oriental spirits.

Vanessa is the most anticipated violin player in the Middle East. It’s not actually hard to figure out why, it’s because underneath her beautiful look, lies individual musical virtuosity and the sharpest of ears for what a global audience wants to hear.

Vanessa is an entertainer and sees no shame in that. She is a genuinely genre-defying act, willing to go beyond category to explore the joy of music regardless of the cultural hamstrings that restrict the creativity of so many classically trained musicians.

An explosive live performer, Vanessa stared in an intensive touring program that has taken her around the middle-east several times already, where she especially shined in Khmissa Festival even though she hasn’t released yet her first album and music video: Longa V composed by Sami Bitar and directed by Yehya Saade.

Her album that will soon be released is set to bump high figures into the stratosphere.