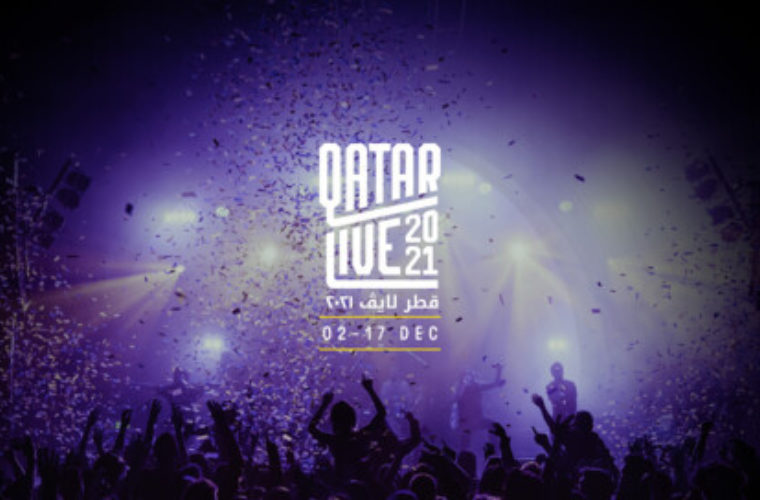 Qatar Live brings some of the Top artists from the Arab world to perform right here in Qatar! Experience spectacular musical nights, hear your favourite songs, and let the artists light up the stage of Qatar Live.

A Lebanese Soprano leading singer. Magida grew up in a musical environment and a family of artists in the city of Kfarshima. At the age of 14, she accompanied her father in an interview on Télé-Liban and performed, for the first time, the song ‘Fairuz’. Magida released her first single “Am Behlamak” (I'm dreaming of you, Lebanon) in cooperation with the Lebanese iconic poet Said Akl and musician Elias EL-Rahbani.

Abdallah is a well-beloved musician across the Middle East, with over 10 million streams across his singles, including the hit song “Ma Sadag Khabar” and his 2020 single “Taaban”.

With over 20 studio albums and music awards to her name, including the ART Award for best Arab singer as well as the Best artist in Dubai award, Syrian-born artist Assala Mostafa Hatem Nasri is arguably one of the most popular musicians in the Middle East.

Top artists from the Arab world will perform in Qatar! Experience spectacular musical nights, hear your favourite songs, and let the artists light up the stage of Qatar Live.

Once dubbed as one of Kuwait’s most notable young musicians to watch out for, Mutref has since performed across the UAE and US with several tracks reaching the Top 100 Kuwait Music Charts.

His artistry has earned numerous awards throughout his career such as Best Live Arabic Sound at Dubai Music Festival, an honorary Ph.D. from the University of Michigan, and his most treasured award, receiving the title of “Fares el Ghina’ el Arabi”(The knight of Arabic Music) from the late Georges Ibrahim El Khoury.

Myriam Fares is a Lebanese-born multi-talented entertainer with several successful studio albums under her belt and an international fanbase of over 16 million. Known for her captivating show-stopping live performances which earned her the title of “Queen of the stage”, Myriam’s sound bridges the gap between western and Arab pop music. Appointed Google’s first ambassador across the Middle East and North Africa, and ranked the No#1 most searched Arab musician.

Salah Al Zadjali is a distinctive Omani Artist and Musical Composer. Throughout his musical career, he contributed to taking the Omani songs to new levels, achieving ongoing successes in the Gulf and the Arab region. He is well known for his exceptional romantic singles and albums. Also, he made his influence in national and sports songs.

Qatari born singer/ record producer best known for his "tender" baritone style and famous for producing a sophisticated genre of Khaliji music. Signed to Rotana Records, Fahad is the first Qatari to be nominated for a Grammy in 2018. He released his first album Jamaal El Rouh (The Beauty of the Soul), in 2001 and has since produced several successful albums.

Born in Casablanca, Morocco, and cited in Forbes as one of the “Top 100 Arab Celebrities” Asma Lmnawar is an Arabic singer, who burst onto the music scene in 1995. Asma has toured across Europe as well as the Middle East accumulating a fan base of over 13 million.

Note:
- Doors times for all shows – open at 6:30 pm.
- Show Starts – 8:00 pm and the show ends at midnight.
- Ticket holders must be 12 years or older and are required to be vaccinated.
- Proof of vaccination can be shown when entering the event by either: having the Golden frame around the Green QR code on the Ehteraz application, or showing an official vaccination certificate from Qatar, or the country where you received the vaccine.
- All ticketholders will also need to follow precautionary public health measures, including social distancing and mask wearing. 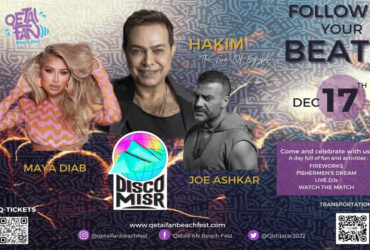 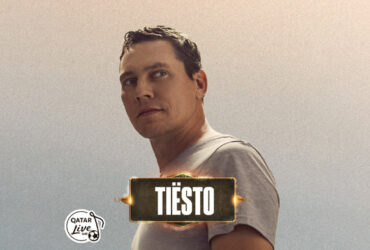 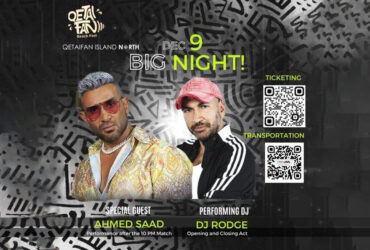 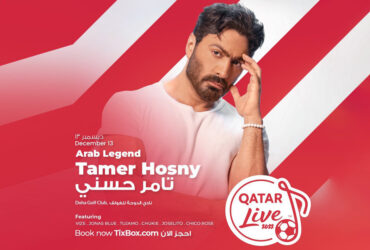 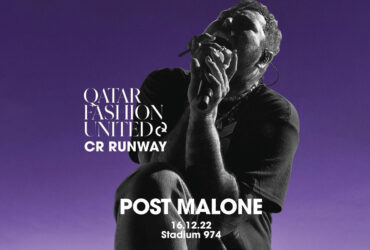