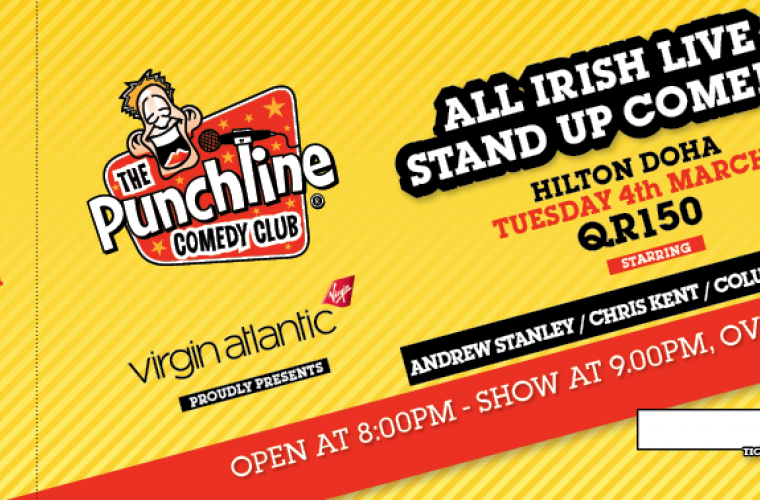 Punchline Comedy Club is proud to be starting the St. Patrick’s Day celebrations early. Having enthralled audiences all over the world, Punchline is renowned for hosting the best of international comedy and all eyes will be on the talent of the Irish this time round. Wishing the best of Irish luck and ensuring a 'pot of gold' laughs, The Punchline Comedy Club welcomes professional comedians: Chris Kent, Colum McDonnell, and Andrew Stanley.Chris Kent is the winner of the Comedy Smackdown at the Galway Comedy Festival 2010 and of the Bulmers Nuttin’ But Funny Competition in 2009, making him one of Ireland’s most rapidly rising stars.

Born storyteller with cutting edge stand-up, Colum McDonnell, is a diminutive Irishman who has made people laugh worldwide. His TV credits are numerous, including Comedy Centrals, 'The World Stands up', and more recently RTE's critically acclaimed shows, 'Under The Influence' and 'Irish Pictorial Weekly'.

Andrew Stanley is effervescent, upbeat and bursting with playful energy. He has performed worldwide at the Montreal, New Zealand, numerous Australian and Edinburgh comedy festivals, and has become a regular fixture on the Kilkenny Cat Laughs calendar.