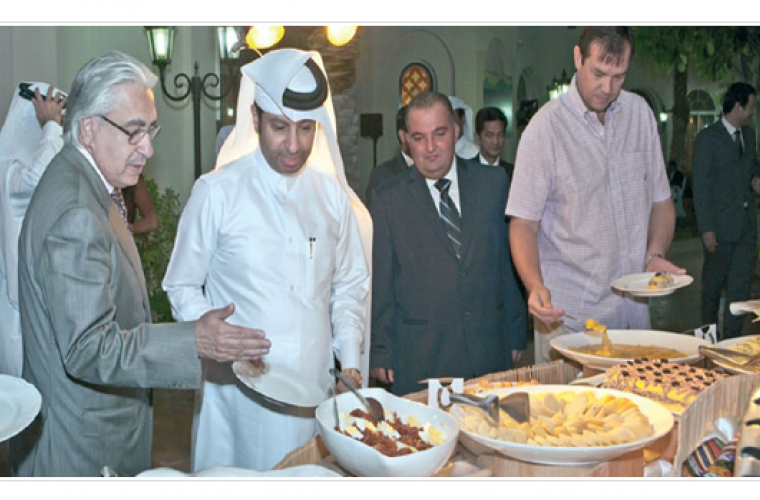 
Al Baraha courtyard at the Diplomatic Club hosted a large number of guests to mark the inauguration of the Peruvian Food Festival, highlighting the integral role that food plays in the country’s culture and communication between its people.
The opening ceremony took place in the presence of Julio Florian, Peru’s ambassador to Qatar, and Adel Mahmoud al-Abdullah, managing director of the Diplomatic Club.
The festival, which is being held from March 13 to 23, is taking place for the second consecutive year.
It is aimed at highlighting the characteristics of Peruvian cuisine in terms of the variety of tastes and hosting a large number of guests from all over the world.
Invited by the Diplomatic Club, leading Peruvian chefs Javier Ampuero Figueroa and David Fernandez have contributed by shedding light on their country’s dishes with their distinctive tastes, besides bringing their own recipes along.
Ambassador Florian said: “We are extremely happy to support this special celebration. We believe it is a remarkable step towards creating greater awareness of Peru’s famous cuisine that reflects its culture as well as its people’s mentality.
“We are pleased to extend our sincere thanks to the Diplomatic Club for its hospitality and commend the good governance, excellence and leadership that have helped bring this event to fruition.”