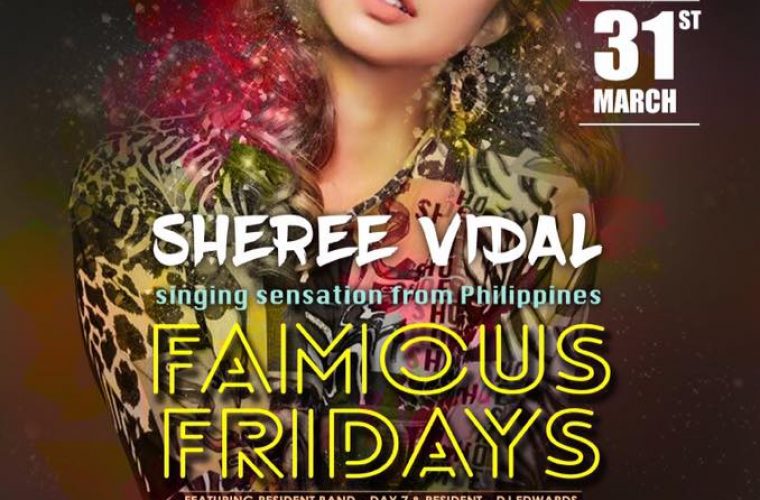 Stay tuned for more details. 21+ Only!

Sweet Faye Vidal Bautista aka Sheree
Started singing in a band at the age of 17
Discovered in 2000 by an actress named Patricia Javier when hired to do a stint with big actresses in the province.
2000 played a role as a siren choir in the musical THE LITTLE MERMAID under TRUMPETS PHILIPPINES. Was part of the Tv Babe winner on EAT BULAGA.
2002 Made it into the cover of the number 1 selling sexy magazine FHM philippines as the first stranger who made it into the cover.Landed 3rd spot on the 100 Sexiest Women in the world in 2003
2004 made it in to the cover of Maxim Magazine Philippines
More cover magazines are
Bare Magazine , Gadgets Magazine , Motorcycle Magazine , FHM Ladies Confessions 2010 and more..
First regular TV show was entitled HABANG KAPILING KA on GMA 7
2003 she was part of the girl group VIVA HOTBABES as one of the vocalist and won several awards for the album. gold and platinum awards.won best dance choreography on Mtv asia .The group had a magazine covers and movies named HOT STUFF MAGAZINE and was sold out after few weeks upon release. Sold out fashion shows and sold out DVD release.
Also part of the tv show Mtb ang saya saya on ABS-CBN
2005 released a solo album and nominated as one of the best Rnb singer of the year for the urban awards 2006. Was also part of the musical " TAO /7 Deadly Sins "
2008 starred in the Film" Roxxxanne "
2010 still a part of the FHM 100 sexiest women in the world. And still doing soap operas and tv shows.
Other country shows : Canada , Uae , USA
2010-2014 up to current doing live performances.
Musicals : RENT Manila , Sweet Charity . under 9works Productions
Latest single out 2015
TOUCH ME under viva records
Music Video playing on Mtv pinoy , My myx
Social Media :
Facebook : Sheree Vidal Bautista II , SHEREE (artist page)
Instagram : @shereevb420 (main page)
Artwork IG : @shereeartgallery
Fitness IG : @sheree_fitnessbabe
Twitter : @sheree420
Youtube Channel : Sheree Vidal Bautista