Luis Fonsi, “Despacito”, live for the first time in Qatar! 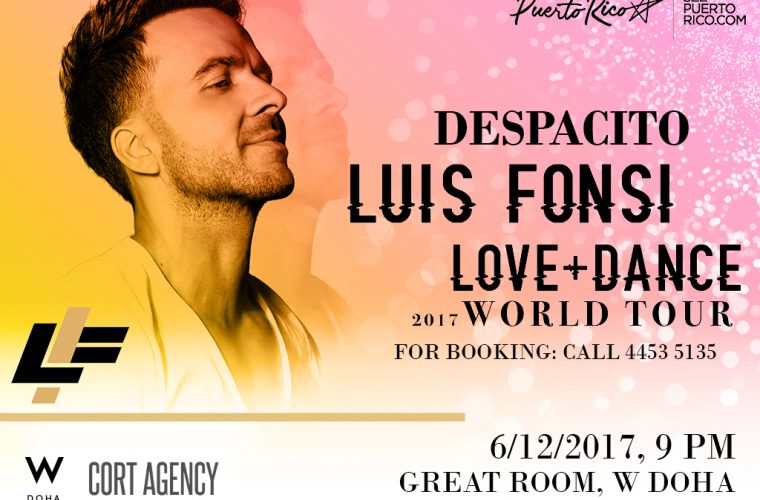 Get ready to dance the night away!

In Spanish, they call it "corta vena," literally a "cut vein." It refers to the outpouring of honest, heart-rending emotion from a truly great singer. Spanish-speaking audiences around the world already know that when Luis Fonsi sings, it's "corta vena" time.mLuis has built up a huge fan base across four hemispheres, thanks to his magical way to “live” with a song.

The Puerto Rican singer, songwriter and music producer aged 39 has already for years topped sales and charts with his albums including Billboard’s Top Latin, Latin Pop and Heatseekers albums charts.

In January 2017, "Despacito" featuring Daddy Yankee was promoted and released. The music video reached more than 1,9 billion (!!!) views, with the song becoming number one in nearly every western country and is commonly accepted as “THE” summer hit 2017. In April 2017, the song was given an English remix featuring Canadian singer Justin Bieber. The remix featuring Bieber reached number one on the U.S. Billboard Hot 100 on May 27, 2017, Fonsi's first number-one on the American singles chart. Bieber promoted the remix at one of his shows in Puerto Rico, inviting Fonsi onto stage to perform the duet with him.

Looking for the most innovative sounds and at the same time remaining true to the romantic and pop style, that is Fonsi’s signature. Never at rest, with the huge success of “Despacito” as a backing, Fonsi now continues to share his music all over the world. 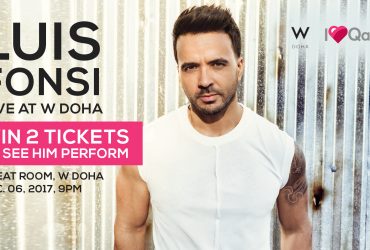