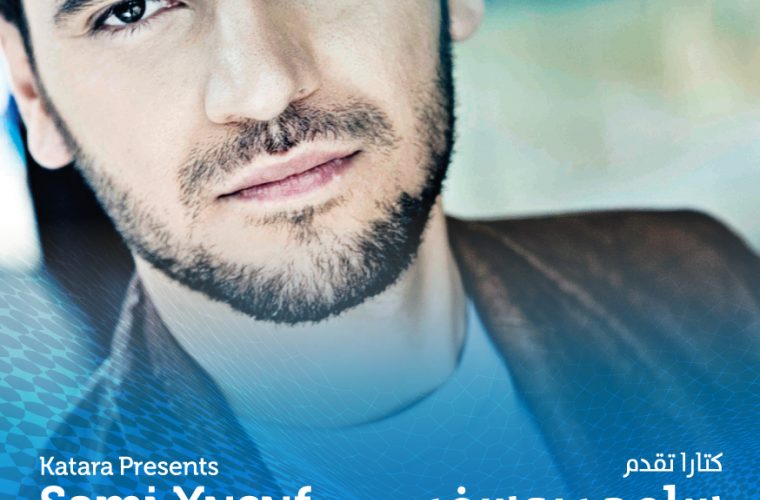 Katara is delighted to host the British singer-songwriter, composer, producer and an accomplished musician Sami Yusuf; one of the most famous artists who influenced and revived Islamic music and combined it with modern styles which shaped the devotional music enjoyed by contemporary Muslims.

He has played across four continents, packing prestigious venues such as Wembley Arena in London, Shrine Auditorium in Los Angeles and The Velodrome in Cape Town, South Africa. His shows and performances are grand and highly personalized, complete with singing in English, Arabic, Turkish, Persian, Urdu, Azeri and Malay and performance on a multitude of both classical and ethnic instruments.
His support of humanity to reach out those in need through concerts, earned him a massive following in the Middle East, North African nations and South-East Asia and made him a partner working in tandem with United Nations sponsored charity. He has been relentless in assuming his responsibilities as the first global ambassador of Silatech-a Qatar-based initiative promoting entrepreneurial skills and open access to capital and markets for large scale-scale job creation in the MENA region.

Committed to cross-cultural appreciation through promotion of universal values and celebration of the human spirit, Sami Yusuf avowed that in his world everybody exists and every culture is included.