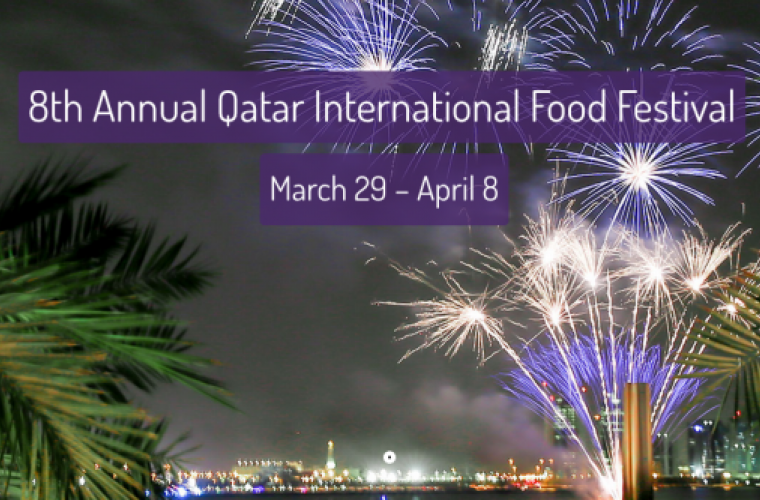 In just a few short weeks, the Qatar Tourism Authority and Qatar Airways will once again be organizing the country’s 8th Qatar International Food Festival. The culinary extravaganza will be located mainly in Hotel Park, in front of The Sheraton Hotel, starting from March 29, 2017 and ending on April 8, 2017 according to the event website.

The festival will be chance for Qatar’s community to taste flavours from all over the globe while also enjoying entertainment such as appearances from celebrity chefs, contests, and family-friendly activities. The theme of this year’s campaign is along the same lines as previous years’, offering a ‘Different Side of Food’, with a visual focus on ‘Mouthwatering Visuality’, according to sources from the Qatar Tourism Authority. This year’s event will feature celebrity chefs Manal Al Alem, Chef Fawaz, Chef Roaya Saleh and, for those who follow social media sensations, Turkish Chef Nusret Gökce – famously known as Salt Bae. Other celebrity chefs will be confirmed soon.

The festival will offer new excitements along with popular attractions offered in the past year, including food trucks, competitions, and Dinner in the Sky, according to press releases and other sources. As yet however, there’s been no confirmation that the popular Dinner in the Sky will be returning this year, or if there will be a Year of Culture pavilion for Qatar-Germany 2017, and fireworks.

According to the website, attendees can also look forward to having a close-up experience of the culinary skills of world-renowned chefs in a special event called ‘Chef’s Table’. Details for this exclusive part of the festival can be found on the event website soon. This part of the festival will take place across seven hotels around Qatar, where chefs will cook on-stage.