“The Witness” – An exhibition by Naji al-Ali and Hani Mazhar 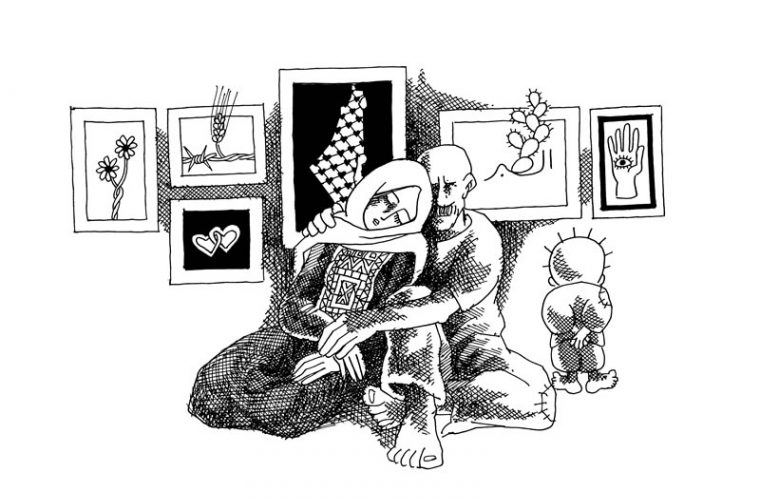 2012 marks the 25th anniversary of the assassination of the renown Palestinian caricaturist, Naji al-Ali. Naji’s career began in 1963 as a caricaturist for the Kuwaiti newspaper al-Tali’a and eventually included over 10,000 drawings published in newspapers throughout the Arab world. During his lifetime, and posthumously, he was awarded many prizes including the prestigious “Golden Pen of Freedom” award from the World Association of Newspapers and News Publishers. Naji was the first ever caricaturist to have won this prize and first ever Arab journalist.
Naji’s iconic cartoons focus exclusively on the plight and resistance of the Palestinian people. He is perhaps best known for his iconic figure, Hanthala, a ten year old Palestinian boy barefoot, dressed in rags with his hands defiantly clasped behind his back.

To pay homage to Naji al-Ali’s life and to commemorate his numerous achievements Katara, with the support of al markhiya gallery and Bissan Gallery, presents the first ever exhibition of Naji’s drawings in the Middle East along with 20 newly commissioned paintings by Iraqi artist Hani Mazhar inspired by the works of Naji al-Ali.

Hani Mazhar was born in Samawa, Iraq in 1955. He draws inspiration for his artwork from many diverse sources. His works have been influenced by Mesopotamian myths as well as Arab and Andalusian literature. He has also been inspired by Latin American and Japanese literary sources. His use of color along with the repetition of certain oriental motifs reflects his cultural background in a sophisticated and cosmopolitan manner.