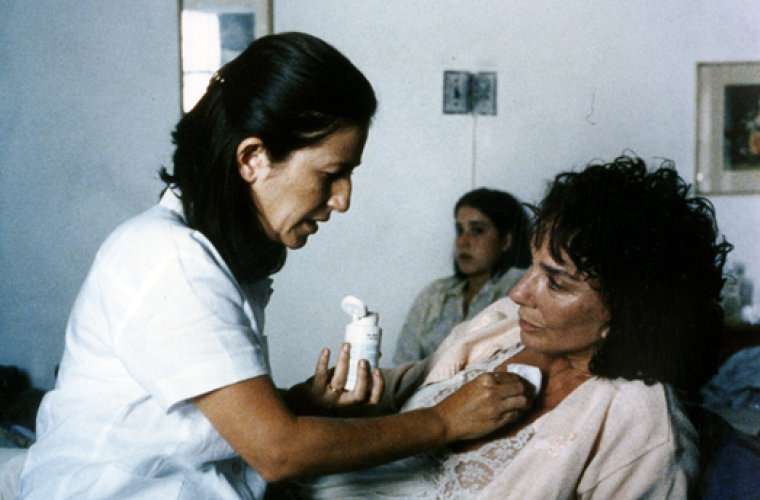 Shortly after Lucrecia Martel’s ‘La Ciénaga’ begins, a group of children look on while a panicked cow, trapped in quicksand up to its haunches, struggles to free itself from the mire. This moment of helpless tragedy sets the tone for the film to come, in which a decayed bourgeois family is hopelessly trapped in a morass of nonchalant lethargy.

The story revolves around Mecha, a middle-class, middle-aged mother of five. Bogged down in a pathetic marriage, Mecha spends the dank, humid summer days lazing about in a haze, erupting with bitterness, which she expresses by lashing out at her family, her friends and her Amerindian servants, whom she accuses of being lazy and deceitful in exasperated tones laced with racism. When Mecha’s cousin Tali, who lives in the nearby city of La Ciénaga (‘the swamp’ in English), comes to visit with her husband and children, the cracks in a family plagued by repression and social stagnation threaten to split open.

Grounded in a precise script, wonderful cinematography, a brilliant use of sound and riveting performances, ‘La Ciénaga’ simmers with claustrophobic dread as it moves inexorably forward to its shocking conclusion. With her award-winning debut feature, Martel provides scathing social commentary at its best.