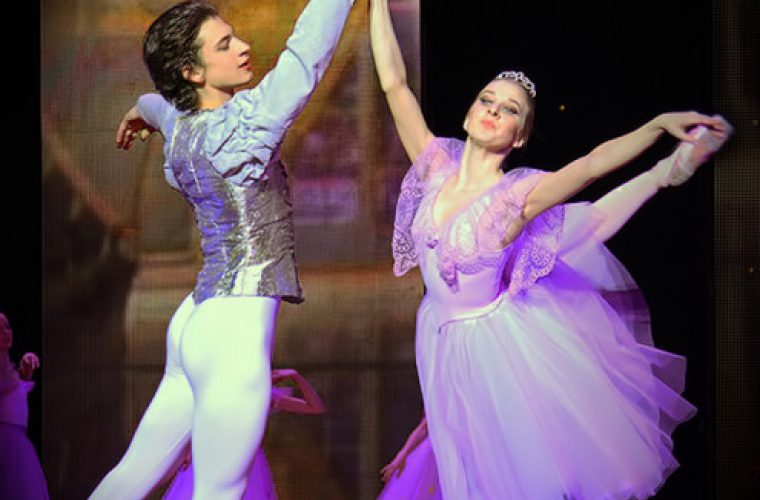 Cinderella ‐ is a ballet composed by Sergey Prokofiev. Scenario was written by Nikolay Volkov based on the classic fairy tale of Charles Perrault. The music to the ballet was composed between 1940 and 1944. The choreography has had numerous revisions.

The premiere of Cinderella composed by Prokofiev was conducted on November 21, 1945 at the Bolshoi Theatre. It was staged by Rostislav Zakharov and the lead roles were danced by Olga Lepeshinskaya, Galina Ulanova and Raisa Struchkova. Earlier versions of Cinderella ballet were staged to the music of other composers.

On April 8th, 1946 at the Kirov Theatre a premiere of a new ballet of Konstantin Sergeyev set to the music composed by Prokofiev was conducted. The performance was staged by an artist Boris Erdman, and orchestrated by Pavel Feldt. The title role was danced by the wife of the ballet master, Natalia Dudinskaya, and the role of the Prince was performed by K. Sergeyev.

Beautiful interpretations of Cinderella were delivered by Gabriela Komleva and Svetlana Efremova. The ballet itself became spectators’ favourite for many years.

Moscow State Academic Dance Theatre “Gzhel’s” Cinderella is performed to the choreography of Konstantin Sergeyev, under the revision of Natalia Permyakova.

Please Note that 2 Shows will be held per day
First show: 4 pm till 5 pm

Buy tickets at Virgin in store or at http://tickets.virginmegastore.me/index.php?event_id=2047