Flavours of Ramadan at the Four Seasons Doha 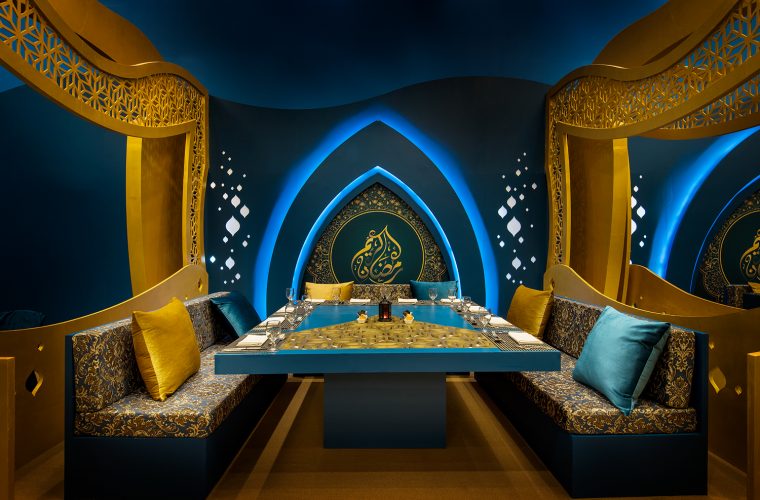 Ramadan in Doha is a magical month. The days slow down and the nights light up. If you’re new to Qatar, and this is your first Ramadan season – or even if you’re a long-time local resident – knowing where to go and where to celebrate iftar and sohour can be overwhelming. While many families choose to break their fast in the comfort of family gatherings in their own homes, for those looking to venture out in celebration, Doha spoils us for choice.

From lavish large-scale tents at five-star hotels, to the cosy ambiances of smaller restaurants throughout the city, the Ramadan nights shine bright. When you dofancy a location that’s regally elegant, yet cosy and comfortable – with culinary offerings that can’t be beat, look no further than the Four Seasons Doha Ramadan Tent. ILQ was invited as a guest of the hotel for iftar one evening and we’ve rounded up our standout elements from its unique array of offerings.

When you think ‘Ramadan tent’, there’s a certain level of glitz and décor that goes along with it, with varieties ranging from light and sparkle reminiscent of a Qatari wedding, to the traditional style of a Bedouin desert majlis. The Four Seasons Doha Ramadan Tent offers an inspired décor that differs from the more common style. In honour of the Ramadan moon, the interior is done up to reflect the resplendent tones of the night sky. Fabrics are a rich teal blue, as are the walls, while crescent arches, majlis settings, and plush cushions are coated in burnished gold. Stars, moon, sky.

Equal to the striking interior is the presentation of the equally striking buffet and live cooking stations at the entrance just before you enter the grand hall. In classic Four Seasons style, each station is a work of art – giant ice sculptures marking the cold seafood section where fresh oysters, prawns and crab-legs abound. Red Chinese lanterns mean you’re nearing the dim sum station where a giant wicker basket awaits, filled to the brim with morsels of chicken siew mai, steamed siopao, and crispy prawn parcels. Tiered ‘trees’ of dates, stand sentinel at the Arabic dessert station, piled high with baklava, basbousa, platters of gooey-sweet kunafa, and more.

Reflecting the best from their Il Teatro and Elements restaurants, the offerings at the Four Seasons’ Ramadan Tent run the culinary gamut from all over the world, making it a truly international experience sure to please even the pickiest. There’s also a Qatari station with traditional favourites and Ramadan specialties – from harees, to machbous, and a giant tureen where a whole lamb is carved over a bed of fragrant Arabic rice.

In addition to table service inside, there’s help-yourself juice stations where you can fill your glass with sweet apricot, date, and tamarind juices – staples during Ramadan due to their high sugar boost when breaking one’s fast at iftar. There’s also a gallon dispenser of Vimto – that classic mainstay of Ramadan in Qatar – so popular that’s verging on empty a mere 30 minutes after the start of iftar.

All around, the clink of cutlery, the soft strains of oud music, and the sound of people coming together to break their fast. It’s a special moment that reminds us once again that while in hotels, restaurants, and the kitchens of family homes, the food over which we break our fast is reverent– what’s even moreso is the friendship, worship, and camaraderie that brings family and friends together during this special time. There’s a feeling of warmth and togetherness that permeates.

We grab our plates and head with the flow of the crowd to peruse the 25 buffet and live cooking stations. We start with some healthful options from the abundant salad and mezze section, stop off for some fragrant biryani, masala paneer, and crackling fresh naan (made hot on the stone in front of us), before heading over to sample the wares at the Thai station. The red prawn curry, cooling and citrusy-fresh pomelo salad, and a Balinese spicy chicken salad are standout stars.

My companions go for a round of rainbow maki rolls from their sushi station, while I find myself coming back for a helping of proper Sunday roast from their carvery station – where silken, buttery mashed potatoes and perfectly-seasoned chicken breast are topped off with a rich rosemary jus gravy.

Unique to the offerings at the Four Seasons Ramadan Tent is a Nordic station filled with tureens of ‘Viking’ meatballs and cold platters piled high with fresh smoked-salmon gravlax with all the toppings.

For families with children, the tent has an extensive supervised play-area sponsored by JouéClub – the newest children’s entertainment zone to open at Lagoona Mall – where parents can drop the little ones after they’ve eaten, and sit back and indulge in an after-iftar coffee or Moroccan tea. Later on, during sohour, the stage at the Four Seasons Ramadan tent will play host to a traditional Arabic music ensemble that adds to the festive ambiance.

Though Ramadan is a time of reflection, acts of charity, and a sense of mindfulness towards our fellow neighbours, it’s also time to rejoice with friends and family against a backdrop of companionship and community. The Four Seasons Doha’s 2017 Ramadan Tent ticks all the boxes.

How do you like to celebrate iftar and sohour during Ramadan? What are some of your favourite family dishes served during the Holy Month? Have you tried the Four Seasons Doha Ramadan Tent? If so, drop us a line and tell us your thoughts in the comments below. Also, don’t forget to give us a like and a share – it keeps us going! 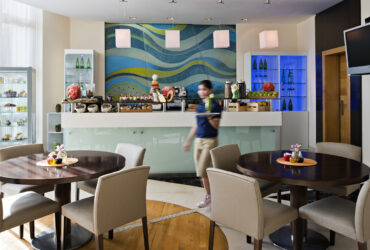 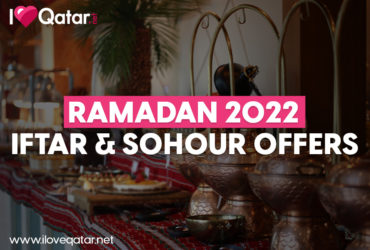 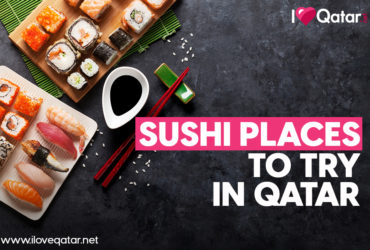 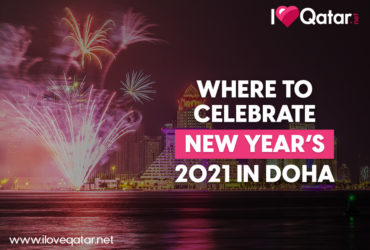 NEWS / ENTERTAINMENT
[UPDATED] Where to celebrate New Year 2021 in Doha 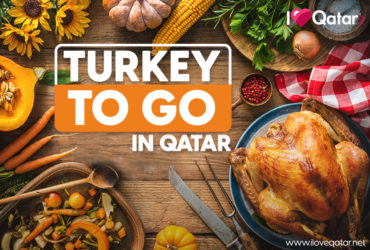