An exclusive interview with Executive Chef Benjamin Cross as he visits Qatar for the first time! 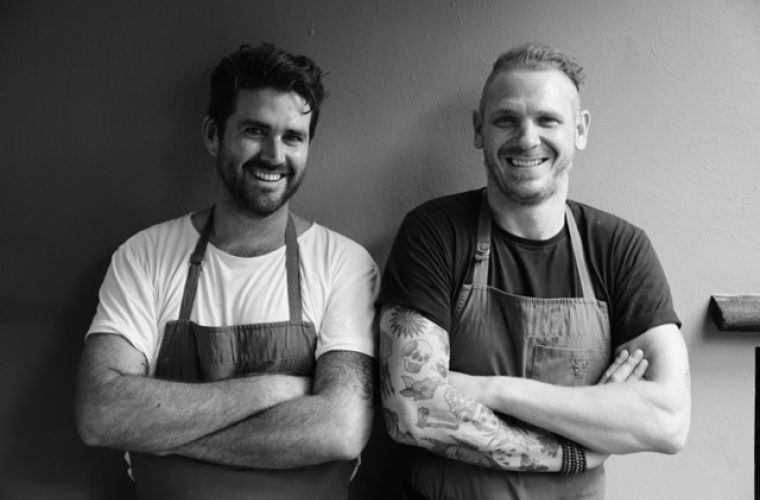 KU DE TA Bali are very proud of their traditions but also believe in continually trying to offer the very best dining experience, which is why they have showed every faith in their executive chef Benjamin Cross as he has transformed their culinary offerings since his appointment in 2008. Born in a tiny village near Byron Bay, Australia, he started out his glittering career at the award winning Rae’s on Wategos.

He subsequently embarked on a physical and culinary learning curve around the world, working for many famous restaurants including Rockpool, where he was executive Sous Chef, at Tom Colicchio‘s Craft in New York, and at Santi Santamaria‘s Michelin three-star restaurant Can Fabes in Sant Celoni.

This journey has allowed him to continually immerse himself in innovative techniques within different styles of cuisine. In an exclusive interview with ILQ team, he notes: “My cooking relies on influences of the local culture, I don’t stick to a particular cuisine, so for me travelling is everything! I try to create a fusion of food styles, tastes and genres in a very modest way rather than going overboard or crazy. A lot of my cooking methods are based on classic culinary practices and I then like to add my own brand of magic with the use of different, unexpected flavors.”

He arrived at KU DE TA in August 2007 to temporarily assist Corporate Executive Chef Phil Davenport during a particularly busy high season, and became devoted to the Balinese people, culture and above all cuisine, so much so that he returned there in May 2008 to begin his present role as Executive Chef. Over the past few years Chef Ben has been given total freedom to express and share his culinary ideas with his highly skilled kitchen team, and freely admits that such freedom of expression and close working relationship would fulfil any Chef‘s ambitions.

He loves the continuous creative challenge of cooking and is always trying to innovate and improve. Talking about challenges in his profession, Chef Ben states:

“Outside events – particularly international event - throw up more creative and technical challenges because you are in a situation outside your ‘comfort zone” where the kitchen, the staff and even the equipment will not be what you are used to, so your cooking technique has to be adjusted accordingly and above all, rapidly!

When we asked Chef Ben about his favorite dish at the moment, he replied: “I have to say that currently we have a dish that is being received very well - a black cod fish fillet, marinated it in a very strong chili paste for two to three days then caramelized in a wood fire.”

Commenting on his visit to Qatar, Chef Ben said:

“This is my first ever trip to Qatar and one of the major reasons I came was to cook for The Ultimate White Party at La Veranda, Sheraton Grand Doha Resort! I am so excited about that, and grateful for the wonderful welcome that has been extended to me by Qatari people.

And how does he rate Qatari food? Chef Ben replies with a smile:

“I have just sampled some Qatari food and love it. It was great quality and I have become a total convert to and fan of Middle Eastern cuisine!”

In the hectic, ever changing restaurant world, finding the right person for the role of Executive Chef is never easy, but KU DE TA Bali have shown faith in Chef Ben for over ten tears now and he has evidently become a perfect match for their culinary values, sharing and above all creating their culinary identity through creating consistently excellent food yet also always driving innovation. Caring passionately about the use of local, seasonal produce, he believes in traditional cooking with a modern twist - a recipe that has served Chef Ben and more importantly thousands of satisfied gastronomes at KU DE TA Bali very well indeed.