Nando's Qatar to compete in Master Griller's Challenge 2019 in Ireland 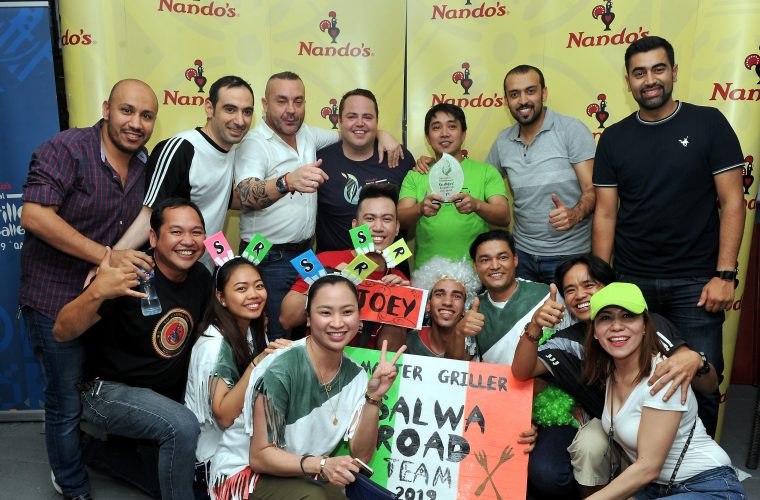 After month-long rounds of competition, finally, Nando's Qatar has announced its winner Joey Saturnino Manzano from Salwa Road branch( first Nando's in Qatar, opened in 2001) who will represent Qatar in Dublin, Ireland for the Nando's Master Grillers 2019.

The judging panel at the finals included famous social media influencers, Mr Q from I Love Qatar, Food Sheikh & Food Sheikha along with Nando's Superfan Layth Elnegres and they were asked to rate a perfectly Flamed-Grilled chicken based on the presentation, texture, juiciness, perfect flame-grill marks, hygiene and flavour.

During the winner announcement ceremony, Learning and Development Manager of Nando's Qatar Magnus Potgieter said, "In Nando's, we believe that it is not about the chicken but people who make the chicken. Master Griller challenge is Nando's way of giving it back to the Nandocas (people who work at Nando's) with passion and dedication every single day. All of our finalists performed spectacularly well and put their heart and soul to win the title. Also, throughout the competition, we have had great support from the local food experts, social media influencers and the judges at the finals to help us get our winner this year. The grand finale is going to be fierce. We are excited and proud that we have our best griller to represent us in Dublin ".

ABOUT NANDO'S The first Nando's restaurant opened its doors in 1987 in Johannesburg, South Africa. Since then, the Nando's flame has spread to 23 countries on five continents. Nando's is known worldwide for its flame-grilled to perfection, PERi-PERi chicken, marinated for 24 hours and basted to the customer's preferred flavour and spice.