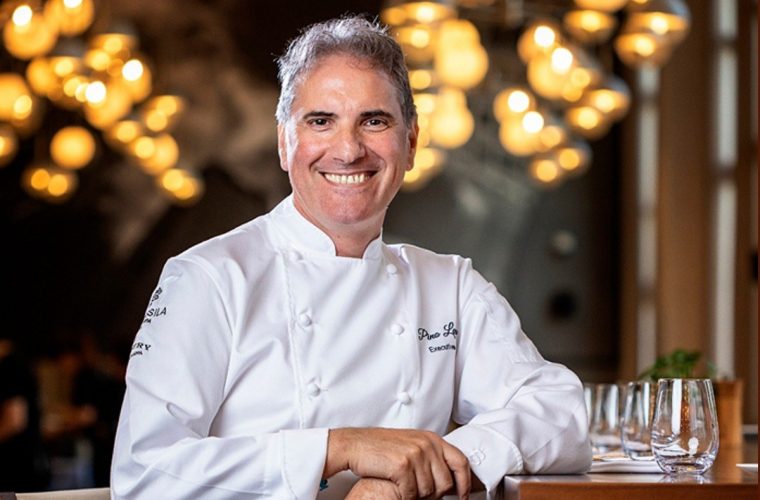 Al Messila, a Luxury Collection Resort & Spa, Doha, part of the Luxury portfolio of Marriott International, has appointed Chef Pino Lavarra, one of Italy’s most acclaimed Michelin-starred chefs and a noted cookery book author, to oversee operations of its eight innovative culinary experiences. Chef Lavarra, who is recognised as a globally reputed ambassador of Italian cuisine, will specifically focus on the launch of Al Messila’s signature international dining experience, Deli Kitchen, and the debut of his provenance-based gourmet retail service.

Chef Lavarra joins the opulent resort, which marks the flagship entry of The Luxury Collection to Qatar, direct from The Ritz-Carlton Hong Kong where he was Director of the multi-award-winning TOSCA restaurant steering it into the Michelin star realm. Chef Lavarra has worked at some of the world’s most celebrated hotels and restaurants, across Europe and Asia and throughout his career has been noted for his devotion to natural produce.

Pino Lavarra brings his extensive expertise to the hotel’s innovative culinary portfolio named D.N.A – Dining Network at Al Messila which includes Snøull, a trailblazing Nordic culinary concept inspired by friluftsliv, the Scandinavian approach to healthy, outdoor living; Veritas, a refined North Italian dining experience; the North African restaurant Caravanserai and the contemporary Greek estiatorio, Siga-Siga. His hands-on focus will be evident in the casual Deli Kitchen designed to be the preferred destination for discerning guests who want to dine and treasure countless moments of discovery and exploration under the same roof.

Deli Kitchen will be Qatar’s home of the bespoke flatbread where, from the specially imported minimal ID oven, Lavarra will present the best oven-baked flatbreads from around the world combined with innovative toppings for a casual gourmet sharing experience.

Lavarra’s artisanal culinary creations will be available in a retail service where products will be packaged with individual coding to validate the ingredients and nutritional values. Deli Kitchen, marks his first foray into the Middle East and will feature matchless sustainability, responsibility and sharing will converge in a new approach to agricultural and healthy product dining, shopping and learning.

“I am excited by the challenge of winning over clientele to my philosophy of Excellence in Taste and the culinary art of taking simple ingredients into the realm of the extraordinary,” said Chef Lavarra, who was named ‘One of the Best Chefs in the World’ by the American Academy of Hospitality. “Our coded numbering of retail products will be a guarantee of ingredient quality for customers and give them an over-riding sense of trust in the nutritional value of a range which we aim to become their preferred gourmet purchases.

“Retail is a major new concept for me, and I am harnessing my knowledge to create handcrafted products that will reimagine the multi-cultural culinary experience,” said Chef Pino. Deli Kitchen will also sell the finest imported Italian produce selected by Chef Lavarra.

Pino Lavarra will also be in charge of ‘Chef in a Villa’ service which will provide Michelin-star standard catering for the resort’s exclusive villas. Chef Lavarra will personally create tailor-made menus and oversee the service for exceptional social events. His appointment is the first of a cadre of world-class chefs that Al Messila is engaging to create a destination of epicurean excellence.