Qatar Airways to resume services to Brisbane starting from 20 May 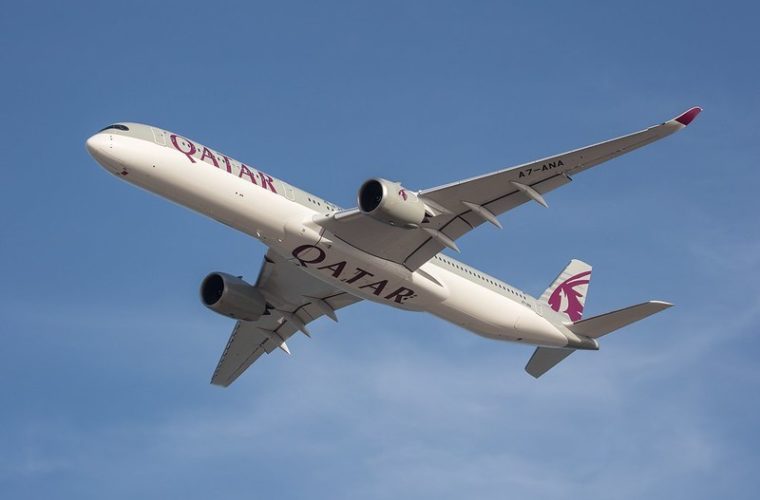 Qatar Airways has announced that it will be resuming services to Brisbane, with three-weekly flights starting from 20 May. The flights will be operated by an Airbus A350-1000 offering 46 seats in Business Class and 281 seats in Economy Class with flights connecting through the airline’s state-of-the-art hub at Hamad International Airport, voted “Third Best Airport in the World” and “Best Airport in the Middle East” this week by Skytrax.

The airline is resuming services after previously receiving short-term approval to operate to Brisbane from late-March to early April. During this period Qatar Airways helped reunite over 5,000 stranded travelers with their loved ones and transported over 270 tonnes of cargo, including Australian agriculture exports.

By maintaining 24/7 operations throughout the crisis, including almost 200 charter flights, Qatar Airways’ has become the leading airline in taking people home, repatriating over one million people worldwide and in the process receiving widespread praise and thanks from passengers and governments, including Australia, Canada, and the United Kingdom, among others.

Qatar Airways Group Chief Executive, His Excellency Mr. Akbar Al Baker, said: “In these difficult times, customers are looking for an airline they can trust, our commitment and willingness to get people home continues to provide assurance. We have built a strong level of confidence with passengers, governments, trade partners, and airports as a reliable partner during this crisis and we intend to continue delivering on this mission.”

“Qatar Airways received exceptional approval to operate short term services to Brisbane to repatriate the many tourists, students, and diplomats who wanted to go back to their home countries. Our flights also provided Australians with an opportunity to come back home from various parts of the world including Europe, the Gulf and the Middle East, Asia, and others. We successfully completed this task, but now there are more travelers wanting to get home. We know this is an anxious time for many stranded travelers around the world who want to be with their families and loved ones during this difficult time. With the resumption of these three-weekly flights, we are supporting critical passenger movements, and aiming to alleviate some of those anxieties.”

With the resumption of flights to Brisbane, Qatar Airways will operate 21 passenger flights per week to Australia:

Qatar Airways continues to operate to 16 destinations in Europe, including London, Frankfurt, Paris, and Amsterdam, with plans to add an additional seven European destinations by the end of June. Passengers traveling to and from Australia will enjoy a seamless connection through the airline’s state-of-the-art hub and home, Hamad International Airport, which was named “Third Best Airport in the World” at the Skytrax World Airport Awards 2020. The Airport was also named “Best Airport in the Middle East” for the sixth year in a row and Best Staff Service in the Middle East for the fifth year in a row at the publically voted and coveted awards.

The national carrier of the State of Qatar continues to operate approximately 150 scheduled flights per week to over 30 destinations. The airline recently announced plans to gradually rebuild its network in line with the evolution of passenger demand and the expected relaxation of entry restrictions around the world. By the end of June, the airline plans to expand its network to 80 destinations. To find out where we are still flying, visit https://qatarairways.com/en/travel-alerts/COVID-19-update.html.

As an airline, Qatar Airways maintains the highest possible hygiene standards, including the regular disinfection of our aircraft, the use of cleaning products recommended by the International Air Transport Association (IATA) and the World Health Organization (WHO), and thermal screening of crew.

In addition, Qatar Airways’ aircraft feature the most advanced air filtration systems, equipped with industrial-size HEPA filters that remove 99.97% of viral and bacterial contaminants from re-circulated air, providing the most effective protection against infection. All the airline’s onboard linen and blankets are washed, dried, and pressed at microbial lethal temperatures, after each flight. These items are then sealed into individual packaging by staff wearing hygienic disposable gloves.

Qatar Aircraft Catering Company (QACC) was the first organization in the world last year to achieve ISO22000:2018 certification from Bureau Veritas with UKAS accreditation, confirming its Food Safety Management System meets the highest standards. All meal service utensils and cutlery are washed with detergents and rinsed with demineralized freshwater at temperatures that kill pathogenic bacteria. All sanitized equipment is handled by staff wearing hygienic disposable gloves, while cutlery is individually re-packed.