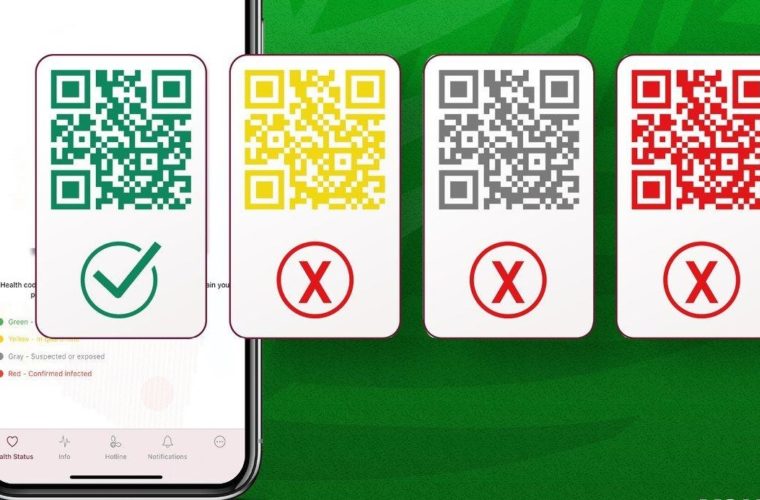 Non-QID holders can now register on the EHTERAZ app through the visa option.

Aside from supermarkets, more establishments have announced that they are now implementing the screening of GREEN status on the EHTERAZ app before entry.

Carrefour, SPAR, Mega Mart, Safari, Ansar Gallery, and Rawabi, all responded that only those with EHTERAZ app on their mobile phone with GREEN healthy status can be allowed inside. According to the Regional Manager of Lulu Hypermarket, those without QID and under tourist/business/visit visas can show their passport and visa copy to enter. Al Meera replied with "Please make sure to show your visa to allow you to enter Al Meera branch."

In response to the recent decision to make the installation of the app mandatory, several hypermarkets and supermarkets in Qatar now require customers to show the EHTERAZ app upon entry and only those with "GREEN" code, indicating a healthy status, will be allowed inside.

Take note that the QR Health Code within EHTERAZ App now shows a timestamp to ensure that the health status is up-to-date.

As an alternative if you're not able to download the EHTERAZ app on your smartphone or your status is not green, you can still shop for your grocery needs at these grocery delivery services in Qatar. You can order online and have it delivered straight to your doorstep.

In light of the spread of corona virus and based on instructions , please note that you will be requested to show the EHTERAZ App on your device, and only customers with the 'Green' code, which indicates a healthy status, will be allowed entry. pic.twitter.com/ldHSjTXWWG

The health and safety of our colleagues and customers is our number one priority. As per the government guidance, it is mandatory to activate EHTERAZ App before entering the store.
سلامة زملائنا وعملائنا هي أولويتنا
وفقًا لتوجيهات الحكومة، يلزم تفعيل تطبيق احتراز قبل دخول المتجر pic.twitter.com/aAwPMobhTl