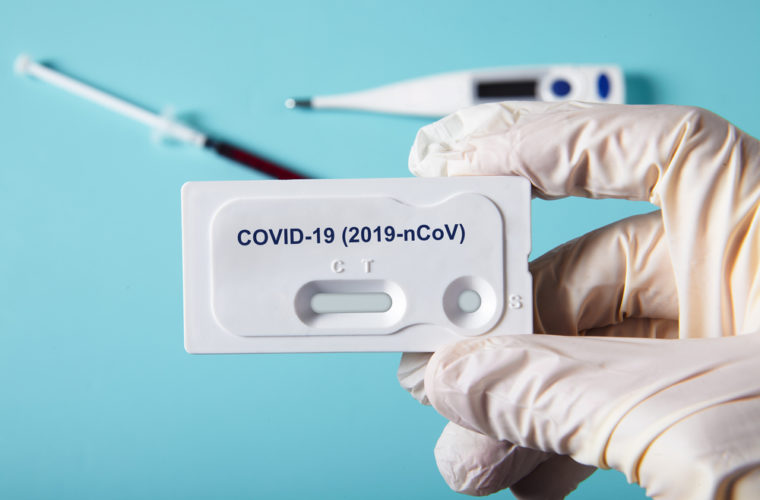 Ministry of Public Health today announces 1517 confirmed new cases of coronavirus (Covid-19), with 1965 people recovered from the disease in the last 24 hours, bringing the total number of people recovered in the State of Qatar to 53296 cases. The Ministry also announces one additional death due to the virus.

​The Ministry states that in the last 24 hours 14 new cases have been admitted to intensive care due to health complications resulting from infection with the virus, bringing the total number of cases currently in intensive care to 229.

The Ministry also states that there has been a small decrease in the number of acute COVID-19 positive patients being admitted to intensive care thanks to the measures taken by the Ministry of Public Health and the concerned authorities to limit the spread of the virus, the most important of which is the early detection of the virus which can contribute significantly to reducing the severity of infection.

The Ministry states that the new cases are due to expatriate workers who were infected with the virus as a result of contact with individuals who were previously infected, in addition to recording new cases of infection among groups of workers in different regions. The new cases have been identified through track and trace team at the Ministry of Public Health. Cases of infection have also increased significantly among citizens and residents as a result of contact with infected family members who had been infected in the workplace or through visits and family gatherings. The new confirms cases of infection have been introduced to complete isolation in the various medical facilities in the country, where they receive the necessary healthcare according to the health status of each case.

The Ministry states that the death recorded today belong to a 51 year-old who was in intensive care. The Ministry of Public Health offers sincere condolences and great sympathy to the family of the deceased.

The Ministry confirms that efforts to tackle the COVID-19 virus in the State of Qatar have succeeded in flattening the curve and reducing the impact of the virus by a large percentage thanks to the decisions of the ban, the preventive measures taken, and the awareness and cooperation of all members of society, and that there are relatively low average numbers in relation to the recorded cases of new hospital admissions.

Ministry of Public Health states that the State of Qatar has now started to overcome the stage of the peak of the virus outbreak with the spread of the virus, thanks to the measures and measures taken by the state to address it, in addition to the commitment of the community members to the recommendations and preventive instructions, the most important of which are social separation, staying at home, not going out except for necessity and not mixing.

Anyone who has symptoms of COVID-19 should either quickly contact the 16000 helpline or go directly to one of the designated health centers for testing. This is important as the earlier the disease is detected the easier it will be to receive the right treatment and recover from it. The main screening centers include Muaither Health Centre, Rawdat Al Khail Health Centre, Umm Slal Health Centre and Al Gharafa Health Centre.

The Ministry reaffirms the necessity for the elderly or those suffering from chronic diseases and their family members to follow strict methods and precautions to reduce the risk of infection with them and work to protect them from infection by refraining from social visits, wearing the mask and cleansing the hands when near them. The Ministry states that, based on the extensive data and studies conducted by the concerned authorities in the country, the State of Qatar will begin, starting next Monday, June 15, to lift the restrictions imposed to combat the epidemic gradually in four stages that will last until September 1.

In this context, it is stressed that the application of preventive measures and measures must continue to be implemented in the stages of gradually lifting the imposed restrictions that were applied in the country as a result of the spread of the COVID-19, as failure to adhere to precautionary measures during the next stage will lead to the return of the virus to the country. The Ministry also points out that the measures applied by the state in the early stages, in February, contributed greatly and effectively to controlling the extent of its spread. This also helped in expanding the capacity of the health system to deal with all cases contrary to what happened in some countries that failed to implement precautionary measures early enough, which led to the collapse of their health system and an inability to handle the large numbers of cases.

The Ministry of Public Health stresses that the gradual lifting of restrictions came after a thorough study of the reality in the State of Qatar and from similar experiences in many countries of the world that have succeeded in limiting the spread of the virus after lifting the restrictions imposed in a gradual and gradual way.

The Ministry warns that lifting the restrictions gradually does not mean the disappearance of the COVID-19, but was during the development of the gradual lifting plan, taking into account priorities, while being careful to avoid the risks that may arise as a result of the lifting process. Each stage will be subject to evaluation and review based on the extent of the virus’s spread – as the success of each stage depends on the commitment of everyone to implement the required precautions.

The Ministry of Public Health also stresses that the COVID-19 pandemic that swept the world posed a great challenge to all countries and affected each country in a different way. Therefore, it is important to realize that all the precautionary measures are aimed at primarily to protecting public health and individuals from this virus, taking into account all other aspects of life, whether social or economic.